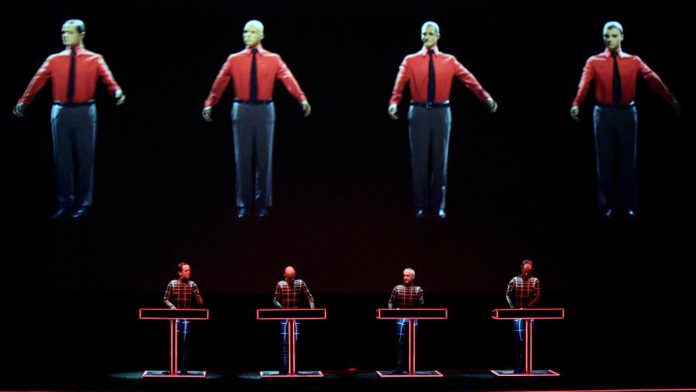 A new exhibition at the Kunstpalast Dusseldorf titled Electro: From Kraftwerk to Techno is underway. The exhibition explores the history of electronic music. The show encompasses more than 500 “objects,” including musical instruments, homemade sound generators, audio clips, videos, photographs, that helped define the genre as we know it today. The exposition will carry on through May 15th.

The exhibition highlights Kraftwerk, a German band formed in Düsseldorf in 1969. They are considered innovators and pioneers of electronic music. In fact, Kraftwerk was among the first successful acts to popularize the genre. The exposition also demonstrates the influence of Detroit techno, Chicago house, hip-hop, and ‘90s rave culture. However, the show provides key historical context as far as the beginning of the 20th century. For instance, it looks back at Russian-born composer Nikolai Obukhov’s Croix Sonore, developed in Paris in 1926 as one of the earliest workable (non-contact) electronic instruments.

Artists featured include Daft Punk, Laurent Garnier, Jean-Michel Jarre, and Mouse On Mars. There’s also a staging of Kraftwerk’s multimedia performances. There is plenty to see and learn, even if you are not the biggest fan of electronic music.

“This is not an exhibition about music,” explains curator Jean-Yves Leloup. But rather a musical exhibition that aims to explore the interconnections between electronic music and visual artistic production, such as graphic design, digital art, photography, performance and video. We’re offering visitors an immersive experience reminiscent of the atmosphere of euphoria and communality associated with clubs, raves and festivals.”