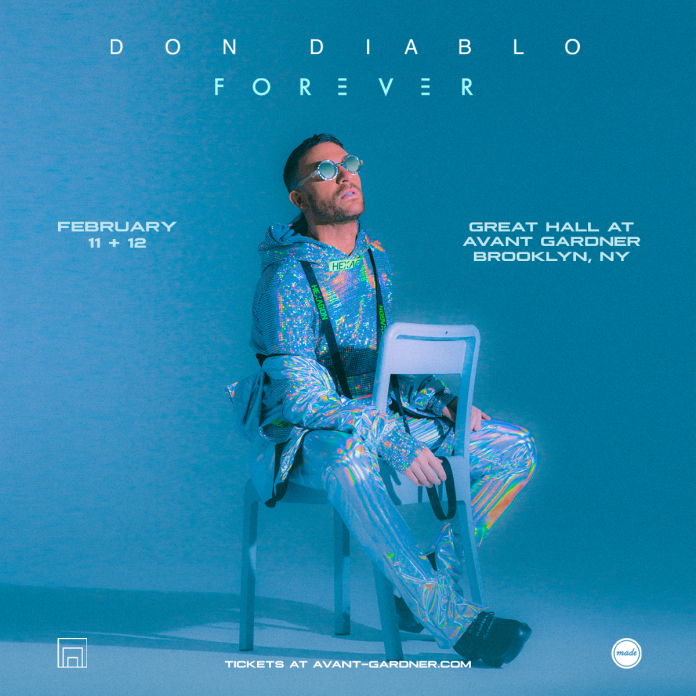 Don Diablo is coming back to Brooklyn in a big way. On his Forever Tour he will be stopping at Avant Gardner on February 11th and 12th. The Great Hall will be blessed with his revolutionary sounds. Don dropped his star-studded 21-track album FORΞVΞR back in September of 2021. The album featured quite a unique landing page too.

The tracks within the album had everything and we look forward to hearing them live very soon. It starts off pretty and is deep throughout. It has pop, hip-hop, and meaning to be found in every song. Don Diablo is always able to take us on a journey.

The Dutch producer and DJ recently kicked off 2022 with a new track ‘Face to Face’ Feat. Watts.’ Don veered away from the club, similar to his recent album, and provided an uplifting soulful tune. It shows off his range bringing melodic softs vibes. The music video shows Don going about his everyday life. He bikes around his city, experiences super trippy environments, and finally delivers flowers to someone special.

There are tickets still available to his upcoming shows in Brooklyn! You can buy them here.