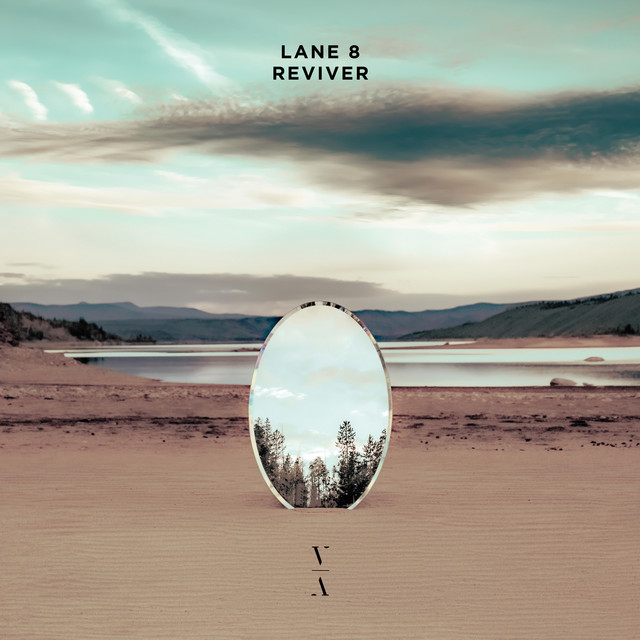 When Lane 8 announced the release of his fourth studio album, Reviver, late last year, I about lost my mind. The Denver-based producer can do no wrong, and with each release better than the last, he continues to impress. His first album in 2015, Rise, contained iconic tracks like ‘Diamonds’ and ‘Hot As You Want,’ both of which still appear in his live sets today. In 2018, he set the bar even higher with Little By Little, a masterpiece of an album with standout tracks like ‘No Captain,’ and ‘Skin & Bones.’ Lane 8 then blew us all away in 2020 with Brightest Lights, a stunning collection of new music that many, including myself, have still not fully processed.

Now the year is 2022, and Lane 8 has gifted us with album number four, Reviver. And as expected, it has exceeded all our expectations. The 13-track album, released of course on his This Never Happened imprint, contains several ID’s from throughout 2021, including from his latest Winter 2021 mixtape. Read on for a track-by-track review of Reviver.

Reviver opens with ‘Survive,’ which you may recognize as the opening track from Lane 8’s recent Winter 2021 mixtape. Featuring lovely vocals by Channy Leaneagh, this track sets the tone for the magic that follows. Next up is ‘Reviver,’ the title track and one of several singles the producer released ahead of the album. I remember ‘Reviver’ most from Lane 8’s EDC Las Vegas set. The energy flowing when he played this song was so infectious, it had the entire crowd jumping.

Track number three is ‘All I Want,’ a romantic tune with frequent collaborators Arctic Lake. Lyrics like ‘skin so hot to touch you burn through me / cool against my own desire and needs’ invoke feelings of passion and love while the thumping house beat keeps you grooving. This is followed up by the instrumental ‘Watermelon Wormhole,’ which entrances listeners with its sweeping synths and uplifting melody.

‘Together‘ features a light piano melody and breathy vocals from Solomon Grey, leading into a breakdown of synths and percussion. This leads into ‘Illuminate,’ which sounds exactly like the title suggests: bright, effervescent, and glowing. All perfect reasons for Lane 8 to chose this one to close out his recent mixtape.

‘Red Lights‘ is a collaboration with innovative producer and vocalist, Emmit Fenn. Featuring Fenn’s distinctive vocals, the track offers sultry, soothing vibes. ‘Nuclear Lethargy,‘ a single released last December, features 80’s-esque synths and an edgier vibe, something we’ve seen Lane 8 experiment with lately on singles like last Spring’s ‘Is This Our Earth?’. ‘What Have You Done To Me‘ with Arctic Lake was a hit among fans when the producer released it last November. Showcasing Lane 8’s mastery of emotive melodies, this single joins the prestigious ranks of ‘Brightest Lights,’ ‘Oh, Miles,’ and ‘The Road.’

There’s beauty in simplicity with ‘Trampoline Counting Stars,’ made up of a simple piano melody that builds into cascading synths. This is followed by ‘Automatic,’ the final single released ahead of the album. Once again showcasing Solomon Grey’s vocal skills, this track offers a soft, dreamy soundscape that sweeps listeners away.

Lane 8 leaves us mesmerized with the ebb and flow present throughout ‘Closer,’ a dynamic and complex track that grabs your attention before transitioning into the closing track. ‘I’ll Wait,‘ highlights Channy Leaneagh’s lovely vocals once again.

Lane 8 will be embarking on a Reviver Tour next month, kicking off February 25th in Kansas City, Missouri. Tickets are available now on Lane 8’s website.