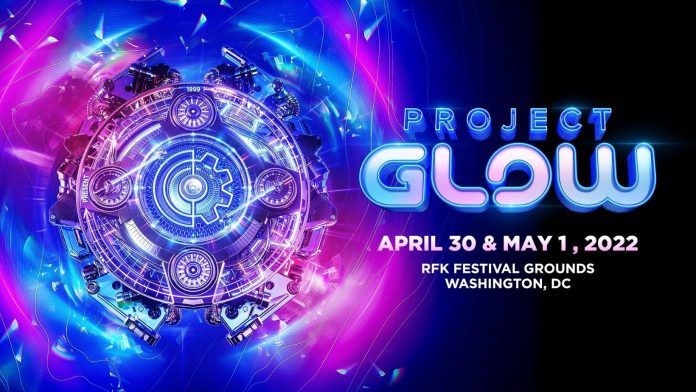 Washington DC is getting a brand new, inaugural festival experience: Project Glow. Spearheaded by Club Glow and Insomniac, Project Glow will run April 30 – May 1, 2022 and honor two decades of DC dance culture. Over 30 artists will come together across 2 stages to celebrate the district’s unique dance history.

Back in late 2020, Insomniac founder Pasquale Rotella announced Insomniac’s impending acquisition of Club Glow, and it seems the fruits are coming to bear. At the time, the deal included the acquisition of iconic DC venue Echostage as well as the smaller outfit Soundcheck. Both of these venues are widely known, but Project Glow is a brand new offering from the combined forces of Club Glow and Insomniac. Time will tell, but based on Insomniac’s track record, this event should live up to the initial hype.

Head here to grab your tickets! Initial tickets are on sale Friday January 14th at 10am EST, starting at a $10 deposit. Be sure to check out the full lineup below for the inaugural Project Glow festival in Washington DC!