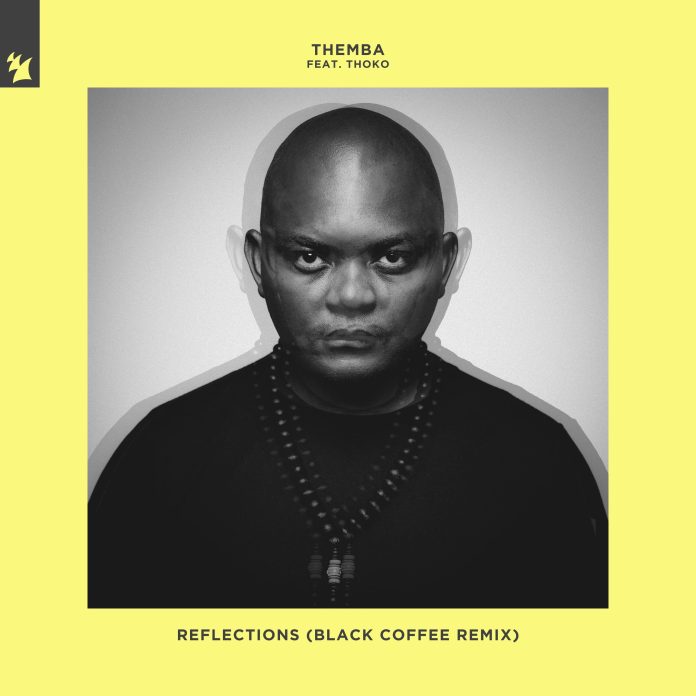 South African DJ and Producer Themba has been active in his country’s electronic dance music scene since the early 2000’s. Back in the day, he was known in the industry by his other pseudonym, Euphonik, and it wasn’t up until 2017 when he introduced his new persona, Themba, into the world. His debut album as Themba, Modern Africa, was extremely well received by critics and fans alike, taking him to first class music festivals such as Ultra Music Festival South Africa, (at the Resistance stage) in 2018. Black Coffee quickly picked up his track Reflections for an exclusive remix. Released just a few days ago, listen to Themba feat Thoko- Reflections (Black Coffee Remix) below.

This brand new remix, produced under the Armada Music label, keeps the essence of the track while adding some subtle house beats. The song is uplifting, airy and catchy. Black Coffee makes the new version so unique that you will love every minute of it. You will quickly start to make this remix your go-to song for every moment of the day.

Black Coffee has been supporting Themba since his beginnings. You may have even seen them performing together in South Africa, Ibiza and New York. This collaboration is indeed a great reflection (pun intended) of how well these two get along.

So, now you know, Black Coffee’s remix of Themba’s ‘Reflections’ is one of a kind. We cannot get enough of it. Listen to this amazing track right below, and, while you are at it, check out Themba’s Instagram here. Don’t miss out on Themba’s latest news!