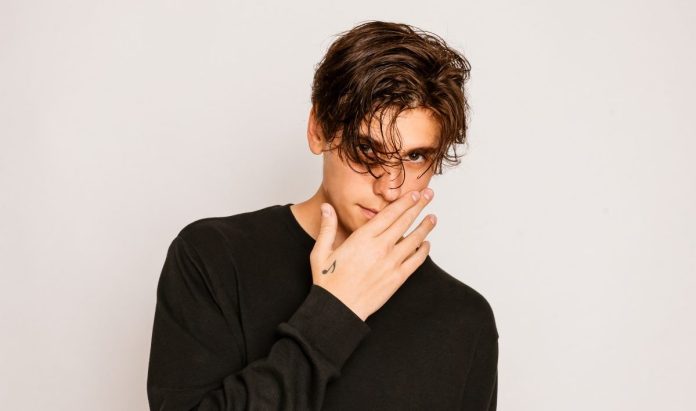 Audien just released his first song of the new year. The track called ‘One Last Dance‘ features XIRA as the vocalist, which is mostly known in the EDM world for having worked on the song ‘Tokyo‘ with 3LAU. Once again, the American producer is able to release one of his creations on Armada Music‘s label.

The last time Audien released an original was in August of last year. The song, named ‘Wish It Was You‘, features Cate Downey as a vocalist. Even though ‘Wish It Was You’ was a return to its progressive house roots, ‘One Last Dance’ proves Audien does not want to limit himself to this genre. This track has certainly less energy than his usual ones, but it does not lack groove. More oriented towards a deep house vibe, ‘One Last Dance’ is truly a refreshing piece. The combination of the melodic instruments with the soothing vocals of XIRA makes ‘One Last Dance’ a feel-good song from beginning to end.

Last year, Audien made a summer mix for everybody to enjoy under the sun. The mix concluded with ‘One Last Dance’, still and ID at the time, which shows for how long the song has been ready. The fan’s reactions on his SoundCloud page were very good at the time, so many should be happy with this release.

Audien is currently on tour across the US for the month of February. You can check out the tour dates on his official website. For now, you can listen to the track below.