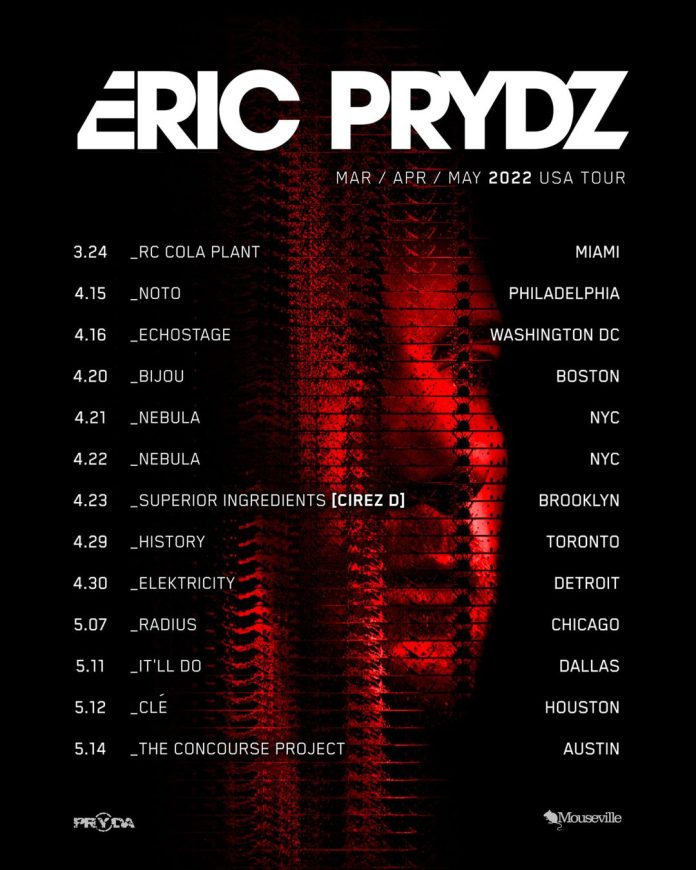 Eric Prydz is hitting the road for his massive U.S. tour. The man with many names (Pryda and Cirez D) is hitting just about every major city from the east coast to the mid-west. Sorry west coast, but nothing is listed as of now. The tour will be kicking off in Miami. It will progress to Philadelphia, New York, Chicago, and many more cities. The tour will take place during March, April, and May.

Prydz just recently announced his massive event at Miami Music Week. Chemistry will feature a few of Pryda’s very talented friends like Cristoph, Maceo Plex, and Innellea. This will be the 10th anniversary of Miami Music Week.

His U.S. tour will include a special performance as Cirez D in Brooklyn at Superior Ingredients. Tickets will be available here at 10 AM EST Thursday, February 17th.