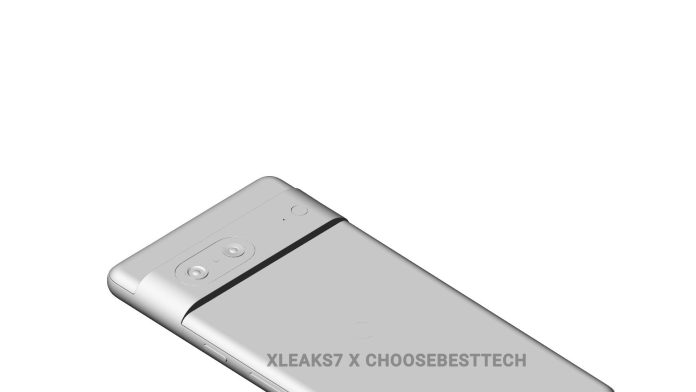 Tech season is almost upon us, and with the announcement of Google’s next flagship phone just a few months away, it’s only natural that leaks will start appearing as we get closer to launch. Leaker David Kowalski (@xLeaks7 on Twitter)—who has previously leaked the accurate designs of the Samsung Galaxy 22, Google Pixel 5, and others—and ChooseBestTech published CAD-based renders on February 23rd. The model shows the Google Pixel 7 (not pro) design in a slightly smaller package yet familiar design. The placement of the camera module also suggests no change to the number of camera sensors, but it does suggest larger lenses. There also appears to be a more aggressive antenna cutout than previous models. Check out the original Twitter post and other images below.