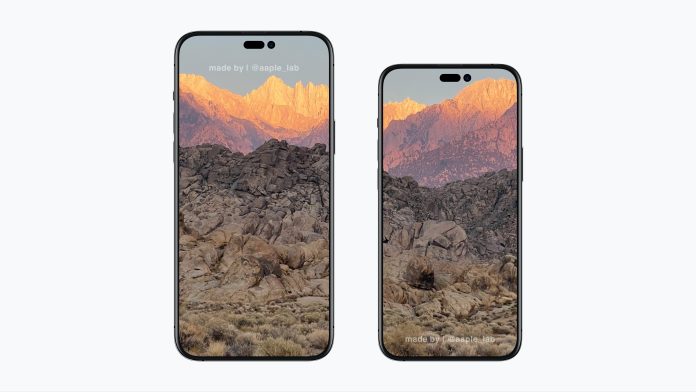 Recently, popular leaker and concept designer @aaple_lab has shared several renders of the iPhone 14 Pro on Twitter which shows a departure from the now signature “notch” design that iPhones have been known for for the past 4 iterations as well as the signature square camera module.

The design of the front shows a double hole punch for the earpiece as well as front facing camera. This is an odd choice as Apple recently in the iPhone 13 lineup, moved the earpiece up to the bezel to save space in the FaceID module. This begs the question of whether or not FaceID will remain, or if the legacy TouchID system will make a comeback. Moving to the the back of the rendering, the single strip of cameras calls to the design of Google’s Pixel 6 line up.

We should note that early iPhone leaks should be viewed with intense scrutiny, as we have limited information. Even @aaple_lab stresses that he is unsure if the iPhone 14 Pro will look like this in its final release. But he does claim to have been told that “we’ll see something similar with some tweaks.”

Check it out below: