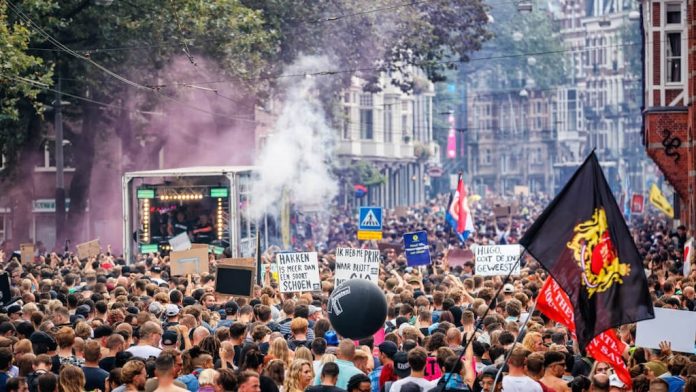 Covid-19 has ravaged The Netherland nightlife. The government has restricted clubs for almost two years now. In Summer 2021, there was some hope but once again the government suppressed clubs. Also during this past Summer was a tipping point when Dutch festival and event organizers joined the Unmute Us Protests. This brought the world’s attention to The Netherlands.

Now, we have hit another tipping point. Club Owners will take part in another nationwide protest next week. This one will feature clubs opening up for one night. Titled “The De Nacht Staat Op” protest (translating to The Night Stands protest), clubs will open on February 12th at 9:00 PM. The Dutch will finally be back to dancing. Hopefully, the government takes notice and clubs remain open.

The Dutch government continues to state it is too early to reopen nightclubs. Europe however, is beginning to slowly open up. Amsterdam Chicago Social Club owner Pieter de Kroon had this to say on the whole matter:

“It is frustrating. Dutch young people need this, their mental health is bad. And you see more and more illegal parties where it’s not safe,”

For now, restrictions are set to remain in place until March 8th. Dutch Prime Minister Mark Rutte is due to reassess restrictions in mid-February. We can imagine they won’t pull this date back but we just hope they don’t continue to extend it. The world needs to dance again and forget about life for a little bit.