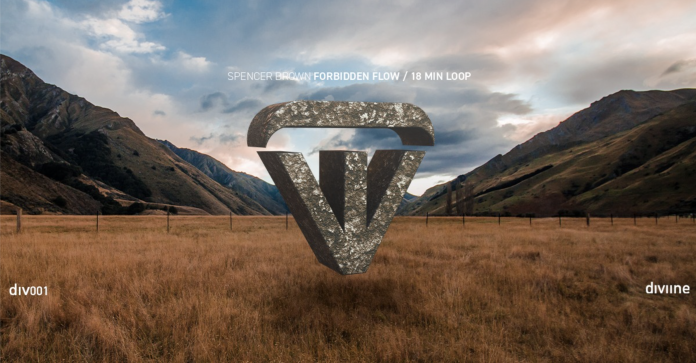 Spencer Brown just released a double single on his new label diviine. His label officially launches today. Titled ‘Forbidden Flow‘ and ‘18 Min Loop‘, we see an astounding new sound from the renowned producer. Both tracks showcase his ability to create emotional journies through his musical prowess.

Firstly, ‘Forbidden Flow’ has the elements of a brooding techno track, with that bassline. But later it reveals a softer melody and vocal sample. Imagine walking into the club with this high-class resonating tune. Or perhaps, cast it to some Sonos speakers at home for a night in. What’s more, is this piece is just under seven minutes long, made for any environment.

Now, ’18 Min Loop’ is exactly as it says. Get lost in this eighteen-minute track. Spencer takes you back to the glorious progressive house days. In his words, “the music industry became hyper-focused on making music “playlistable”. If I wrote a beautiful 8-minute track I’m proud of, I’d be forced to chop it down to 3 or 4 minutes. It feels like chopping off your baby’s arms and legs! I’ve released music in the past (many times) whose long versions actually streamed stronger than the edited version, which we had to make.”

“Streaming has provided an incredibly convenient means to consume music; there’s no denying it. We artists have to make a “shorter version” or “streaming friendly version” for every track we make. I completely understand the principle if it’s a radio-friendly track. But some music isn’t necessarily designed for radio. With progressive music, it’s about the journey. I love to foreshadow, and elements come and go as the song progresses. It’s an art in itself to keep someone’s attention for an extended period of time. The art is the art. The track is the track. If it’s three minutes, great! If it’s eighteen minutes, great! That’s what it should be.”

Lastly, we’re expecting a lot more cutting-edge music from Brown without being contained into any genre. He’s given us techno, deep house, progressive house, short, long, and radio-friendly tracks. diviine is his platform for full creative freedom with other artists. Listen to his double-sided release below.