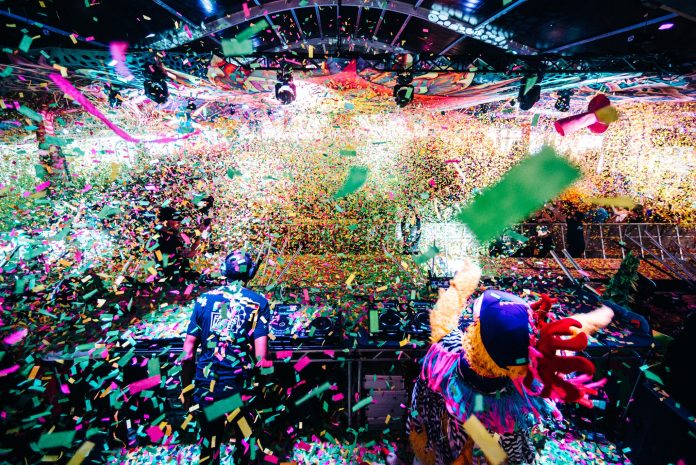 With Elrow also returning as the stage host, it’s going to be an epic holiday weekend. The fun continues with Carl Craig, Joseph Capriati, Richie Hawtin, ANNA, Gorgon City, Lane 8, Vintage Culture, and Chris Lake. Need more music? Just wait because Nora En Pure, Claptone, Boris Brejcha, Eats Everything, Ben Böhmer, and even more will be there. ARC debuted in Chi City last year, uniting scenes and connecting communities around the world. Nestled in the city is creative history, and a perfect place to come together. Its expansion this year brings international artists for a world-class event.

ARC also welcomes back the ARC Car Stage powered by The GoodBus. The GoodBus is a full length school bus that has been converted into a fully-functional mobile sound stage with a 10,000 watt speaker system. A number of acts have been announced as support including Alex Kislov, Dangerwayne, Dani Deahl, and more.

Make your way through four immersive stages from the technicolor containers of The Grid, to the deeper shades of Expansions. In between, party at Spain’s Elrow psychedelic outfit. This city-wide vibe is here to stay and with a lineup like this, ARC cements itself as a premier festival stop. International techno, modern house, melodic shades of house, avant-garde eclectic maestros, deep and dark–you name it, they have it. Lastly, let’s not forget all things Chicago house, the lifeblood of the festival.

Culture, music, art, and food await you. Auris Presents is at the helm of organization. They bring decades of experience, where attendees can also look forward to some after parties across Auris and venues RADIUS, PRYSM, and the Concord Music Hall. Tickets go on sale March 17th, and you can access them here. Check out their fantastic lineup below.