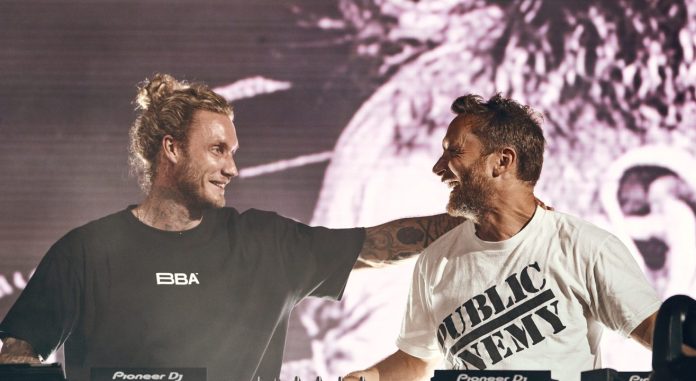 David Guetta & Morten just announced their first-ever B2B tour. The duo that created the Future Rave brand will play a couple of shows together across the U.S. for the upcoming months. Even though the Future Rave project started two years ago, the pair “haven’t had the opportunity to play a full set side-by-side”, as said Morten on an Instagram post.

The tour will kick off in Miami, which is very fitting. As a matter of fact, David Guetta & Morten will play their first B2B show at Story Club for Miami Music Week, ahead of Ultra. After that, fans will have the chance to catch them together at the iconic Exchange in Los Angeles, on April 29th, before making a stop at the Brooklyn Mirage in New York City in May. Finally, the two will bring the Future Rave project to EDC Las Vegas.

After 15 official releases together – the latest one being ‘Permanence’ back in January – many expected this tour earlier. However, David Guetta & Morten met a few hurdles along the way, the biggest one being the pandemic. Now, they are ready to continue the promotion of Future Rave, starting with the United States.

Obviously, these B2Bs should be incredible. The two must be sitting on a ton of IDs that are waiting to be tested live. If you can catch the David Guetta & MORTEN present Future Rave show this year, you will definitely hear some unreleased songs.

You can check all the tour dates on David Guetta’s official website. For tickets information, please visit this link.