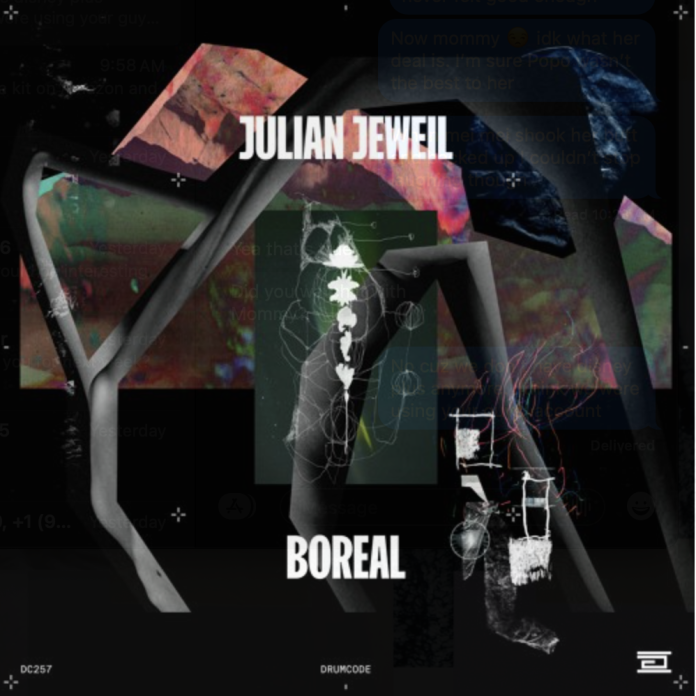 Julian Jeweil returns to Drumcode with a new six-track EP titled Boreal. This marks his fifth release on the imprint and his first EP in two years. The Frenchman has been a member since 2017, debuting with his stellar EP Rolling.

We start off with ‘Boreal‘, a hard-hitting techno hitter from the beginning. It’s unrelenting and doesn’t let up until the middle when the melody transforms. Taking you on a cosmic audio journey, it resonates throughout your mind and body. ‘Time‘ showcases Julian’s style of melodic techno. The frenetic energy it carries bounces back and forth. ‘Reverse‘ takes on all the big room noise with a dangerous bassline. Turn up the speakers for this one. Halfway in, it switches to mix up the pace. Let that little chime echo in your ear for the rest of the day.

‘Cosmos‘ starts off with a slow build, but when it drops it becomes a scintillating storm of synths. You’ll feel you’re continuing an ascension into the unknown. Whereas ‘System‘ starts you from the bottom, with low frequencies. As those hi-hats hit on every other beat, eerie raspy vocals enter. It’s techno at its finest here. He ends with ‘Minuit‘, a steady constant track for the entire EP. The subtle changes in melody end in the abyss of his sound.

Jeweil has toured nonstop since his music adventure began in 2007. He’s signed with Cocoon, Plus 8 Records, and Minus, Richie Hawtin’s renowned label. Julian has put in a lot of work into released productions that rank #1 on Beatport consistently. He’s remixed for the likes of Deadmau5, Pan-Pot, and Moby. In addition, he’s graced the stages of Ultra Music Festival and Resistance while also resuming work with Adam Beyer on two epic releases.

Check out his latest EP below.