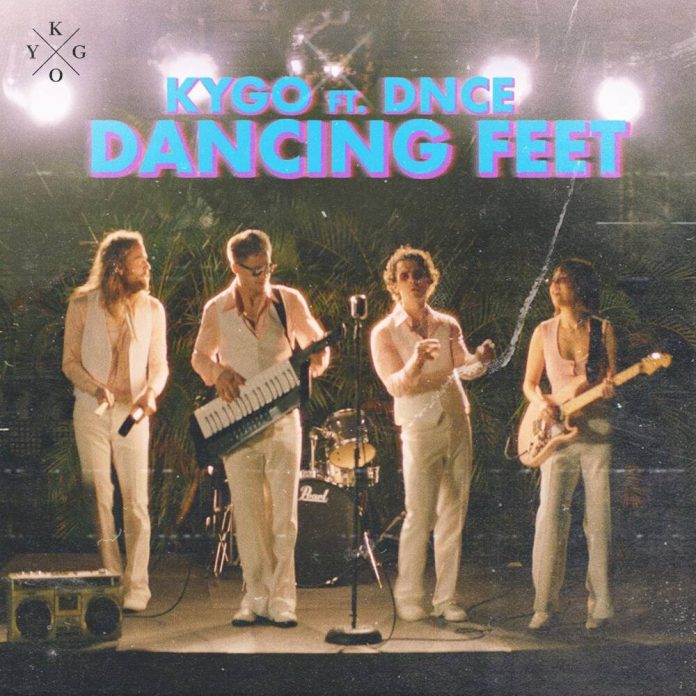 Kygo and Joe Jonas‘ band, DNCE, have teamed up to kick summer off a little early with their dance pop anthem, ‘Dancing Feet.‘ This groovy collaboration marks Kygo’s first release this year and DNCE’s return to music after a three-year hiatus.

The Norwegian producer teamed up with X Ambassadors last October for the dance ballad, ‘Undeniable.’ DNCE’s last release was their People to People EP in 2018. Their debut single in 2016, ‘Cake by the Ocean‘ was an instant hit as it sat in the top 10 on several charts, including the Billboard Hot 100.

Kygo and DNCE performed together for the first time last month to celebrate the release at the Sports Illustrated x Palm Tree Crew Super Bowl party in Los Angeles. To accompany the single, they’ve also released a playful, 70’s-inspired music video directed by Johannes Lovund. Check it out below!