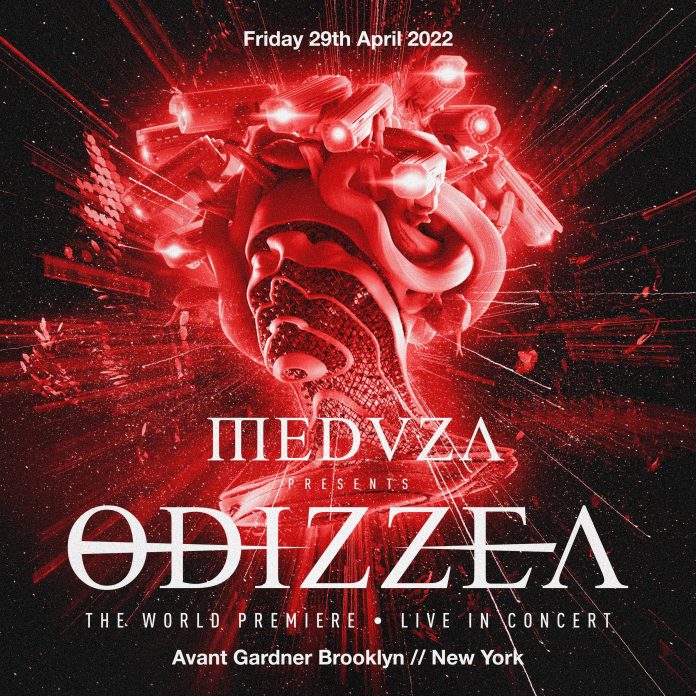 The Italian trio that forms the popular group MEDUZA announced a new live concert. The show, called ODIZZEA, will premiere on April 29th at the Avant-Gardner Brooklyn venue in New York. ODIZZEA is promised to be an epic three-dimensional journey, giving the attendees a unique experience.

All-Italian excellence, the trio composed of Mattia Vitale, Simone Giani, and Luca De Gregorio had a fast ascension to the top of the dance music world. In fact, MEDUZA accumulated more than 8 billion streams since the release of ‘Piece Of Your Heart‘, in 2019. Despite all this success, the trio never did a live show together. This is where the idea behind ODIZZEA started.

The boys will bring to the stage a complete live concert composed of their greatest hits that have made fans dance all around the world. However, MEDUZA will also play a bunch of unreleased music during those events. From a visual standpoint, the show will feature majestic scenography and innovative visuals to enhance the whole experience. Here is what the group had to say about ODIZZEA :

“We have been working on this project for some time, in which we strongly believe because for us it represents an evolution of who we are. This for us is the beginning of a new era, that of Meduza 2.0. We think the time has come to play live in front of our audience to allow them to savour an experience that yes, has a beginning and an end, but which is more like a journey, a total immersion in what it is for us. the concept of ODIZZEA “.