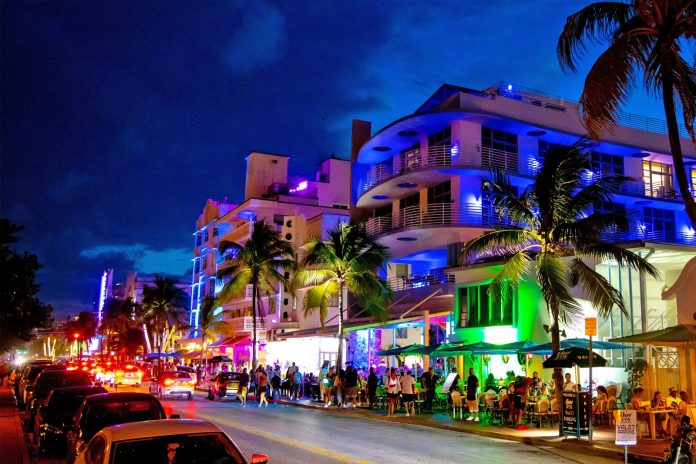 A curfew will be imposed in South Beach for spring break this week. The curfew will start Thursday, March 25th, right in the middle of Miami Music Week and just before Ultra Music Festival. City leaders announced on Monday a midnight curfew after two separate shooting incidents injured five people over the weekend on Ocean Drive.

Tuesday afternoon the Commission met on an emergency basis, where the 72-hour curfew was passed unanimously. The Commission acknowledged the pain they will inflict on businesses and on traffic, but they were unswayed. They even implored to contact judges (when a lawsuit is inevitably filed) to tell them “blood will be on their hands” if they strike down the curfew.

The curfew in South Beach will go from midnight to 6 a.m. It covers the area south of 23rd Street down to South Pointe Drive, from the Atlantic Ocean to Biscayne Bay. That includes Ocean Drive and other party strips in the South Beach entertainment district. It will also force liquor stores to close at 8pm and possibly ban the sale of “packaged liquor” even earlier, at the discretion of the City Manager.

City Manager Alina Hudak said she will declare a state of emergency. This will allow her to impose a curfew in South Beach for 72 hours unless the City Commission votes to extend it. The extension would include Sunday evening and the following weekend, which Hudak recommended. Obviously, this curfew will impact Ultra and the events around Miami Music Week.

Police Chief Richard Clements said his department is working with the Florida Department of Transportation to create a traffic blockade around South Beach. It would allow only residents or visitors with business in the area after midnight. Hudak said the city was not legally allowed to close its major causeways as it did last year. As some of you may recall, the city imposed an 8 p.m. curfew during spring break.

“Our city is an island with limited capacity,” Hudak said at a press conference. “It was not built for these types of crowds.”