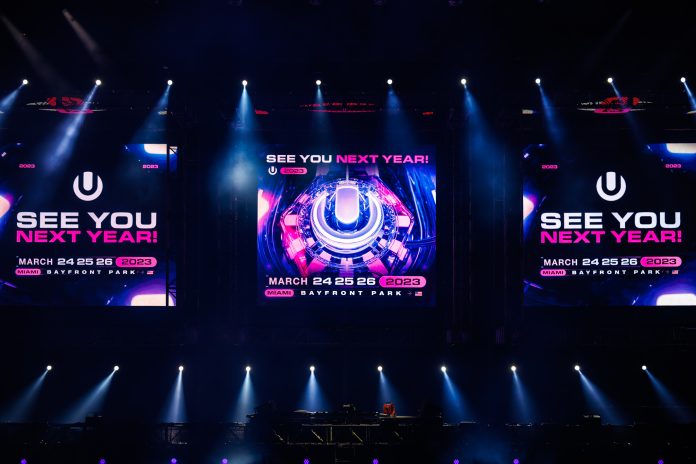 Most of us are not even recovered from Ultra Music Festival 2022, and we’re already getting some buzz around Ultra 2023. With an Inception level of cheekiness, Ultra used its “surprise” closing set on Sunday for a little fakeout/teaser. While the whole world basically knew Hardwell was about to take the stage on Sunday, Ultra put up a brief Swedish House Mafia teaser on the screens before the set.

A short video popped up on the screens with the famous three-circle logo and then the actual name of the trio appeared. Then a short preview of an upcoming ID track was played while a drone show above displayed the Ultra logo. At the end of the teaser the drone show changed to read “See U Next Year” and the screens plugged the Paradise Again release on April 15.

With that, Ultra Music Festival’s 2023 closing act is revealed, and the whole secret thing has gotten a bit played out. Tickets for Ultra 2023 are already on sale and Tier 1 tickets are already sold out.