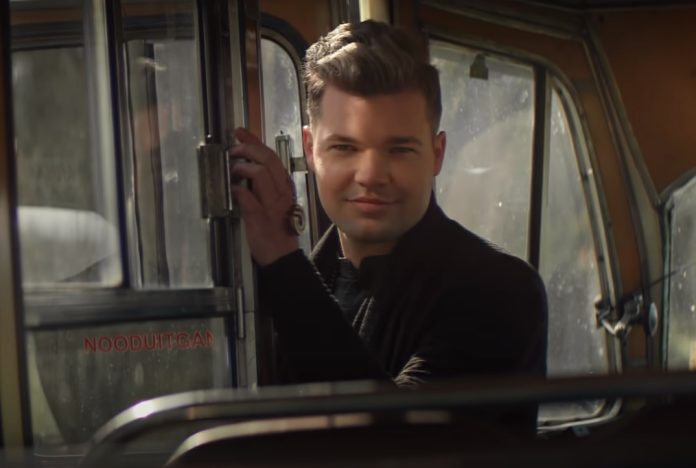 The Dash Berlin project has unveiled their new face behind the decks, after the falling out with their longtime frontman Jeffrey Sutorius. The trance group’s original producers Eelke Kalberg and Sebastiaan Molijn put out a call for qualified candidates last April. Nearly a year later, they’ve unveiled that person in their latest music video.

Dash Berlin recently dropped the official music video for their track ‘Oceans‘, which was released in September. The storyline features a woman walking in the wilderness, wearing a necklace with the Dash Berlin logo. At moments, the necklace lights up. Scenes of a hooded mystery figure flash as she continues on an apparent journey. In the woods, she finds the Dash Berlin logo imprinted on the ground and places the necklace over it. That sends a beam of light into the sky and the hooded person reveals himself to be… Ryan Fieret.

Fieret, originally a member of the Dutch duo Syzz, said, “It’s a huge honour for me to represent the music of these legendary producers.”

“I grew up with their music with all-time classic tracks such as ‘Better Off Alone’ even long before they created their Dash Berlin project – I’m super excited to start the tour and meet the fans,” Fieret told We Rave You.

“We’re ready to bring all the classic tracks back, plus all the emotional new music that we have in store for the clubs and the festivals.”

After a legal battle that lasted years, Sutorius was ordered to surrender the Dash Berlin trademarks to his former partners. “I cannot use the name Dash Berlin, as I’ve done in the past 13 years, any longer,” said Sutorius. He has continued to perform using his real name.

Molijn, a producer and songwriter for the group, said Dash Berlin is “officially back.” He called the response from fans “truly overwhelming.”

“This new beginning is an ode to the fans that kept us going as producers, asking for more new music all this time,”

“It has been a turbulent four years for us, but staying positive and beating the case, bringing our brand back home and finding a talented new frontman has opened up a whole new musical horizon for our project. It feels great to be back full time in the studio again.”

Fans will be stoked to hear that Dash Berlin will also be putting out unreleased tracks from their early days.

“It’s all about the fans of our music and the public demand,” Molijn said.

Watch the frontman reveal below: