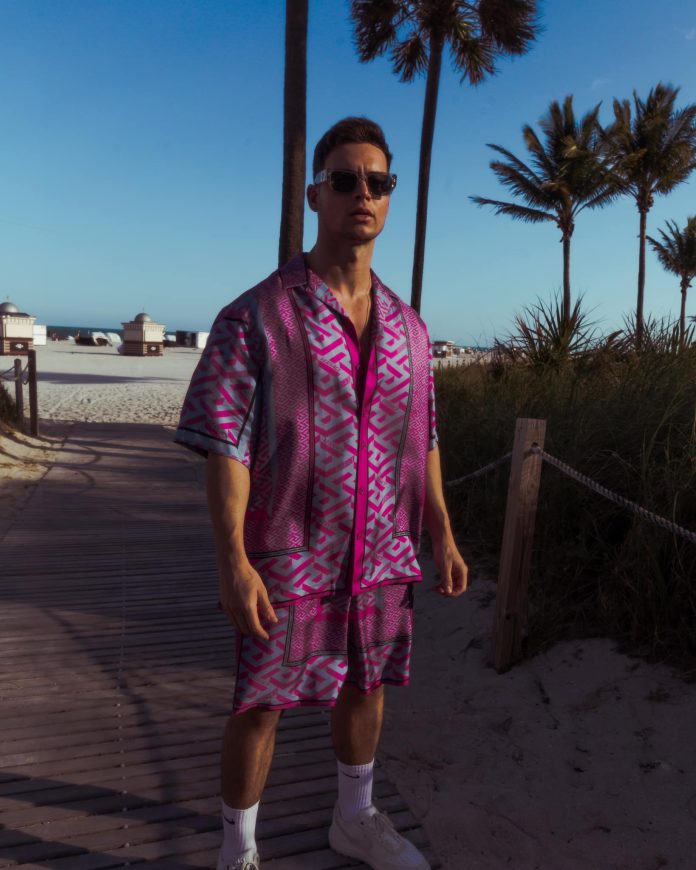 As Miami Music Week 2022 was about to kick off, we stopped by to chat with rising star Joel Corry at the SLS South Beach to discuss his history with Miami, his favorite venues in America, his plans for Music Week, and new music. Read on for the full interview.

Joel Corey: “Actually I was a student here in Miami. When I was 19, I did a study abroad program, so I lived in Miami for like a year. I had a fake driver’s license that got me into all the nightclubs and I was here for Miami Music Week back then, but that was over 10 years ago, so a lot has changed in my life since then, but I still loved every minute of it back then. But now, I actually to be here now and play, obviously post-pandemic as well… I can’t wait.”

Scott: “How does it feel to be back in the states with things wide open and ready to go again?”

Joel: “Touring America has always been a big dream for me and my first actual gigs in America happened only last September, but I think that was due to the pandemic and not being able to come here for a couple of years. But it was worth the wait. When I did come over, I didn’t realize like living back in England, I didn’t realize how much my music was connecting and crossing over in the states. You can’t really tell by just looking over at a screen or when you get messages on social media or you get played in the radio. You can’t really feel it until you are in front of the crowd in America, in New York, in LA, in Vegas, in Miami, all these places that I’ve been going to and the crowd is just singing the words back to your song and your thinking ‘how has this happened?’”

Scott: “So out of all the cities you’ve been to in the U.S., what has been your favorite city so far?”

Joel: “You’re going to get me in trouble right now (laughs). You know, I’ve got roots in Miami because I was a student and it’s a special place to me and I played at LIV last September and it was sold out and that was one club I went to when I was a student where I use to hustle my way into. I use to be the first one in the queue, girls would say they were with me just to get me in, and I remember going back every week. It was my favorite night out. So after 10 years, I get to go back, headline it, and sell it out, it felt like a full circle back moment and I’m playing there this Friday with Tiesto as well.”

Scott: “Amazing, so what else have you got planned for Miami Music Week?”

Joel: “So tomorrow, which is Thursday, I am playing at this party that just sold out. I’m closing it, which is going to be unreal. Friday, me and Tiesto at LIV. Saturday I’ve got my own event at Le Rouge and on Sunday I’ve got something extra special but I can’t say it yet.”

Scott: “Oh so fans will have to stay tuned for that one.”

Joel: “Yeah, so stay tuned for that.”

Joel: “So, I’ve just released my brand new single with David Guetta and Bryson Tiller. It came out Last Friday, so I’m really excited to get that one out… I’m really buzzing to get that one out to the world, I’m really excited, I’m really proud of it. I hope everyone loves it. And, of course, I’ve got more music coming. I also just release Free Cloud records, Liquor Store, Parade, and What I need. They’ve hit the top of the Beatport charts and I’m still buzzing from that… If you come see me this week, you’ll see that my sets are maybe not what you expected. A lot of people kinda just expect me to make stuff their familiar with on the radio but when I dj, that’s my chance to really show who I am as a DJ. Releasing those pop records were important to me cause it was me getting outside my music releases as well. So far it has been a great year. Of course, there’s more bangers on the way.

Scott: “Are you going to be stopping by Ultra at all?”

Scott: “Well on that note, it was great talking to you Joel, thanks so much for talking to me.”