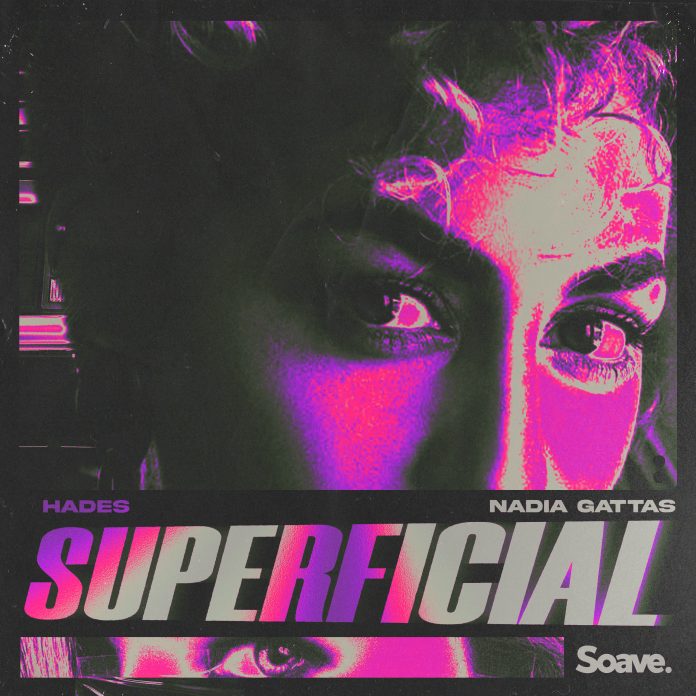 Netherlands based producer, HADES, releases new single titled ‘Superficial’ on Soave Records. The Romanian born producer is rising through the dance floor ranks as he reaches 1.5 million monthly listeners on Spotify alone. With his third release this year, the young producer takes another leap toward the main stage. With classic elements of deep house, ‘Superficial’ brings a new brand of deep house freshness that can’t be unnoticed. He invited Nadia Gattas, a prolific singer with tens of millions of streams to her name, for a resounding vocal performance. Don’t miss this one!

HADES is a Romanian producer based in the Netherlands with fresh sounds and catchy tunes, which caught the attention of bigger DJs mostly through his earlier remixes. His support list consists of big names like Sam Feldt, R3HAB, KSHMR, and Don Diablo.

Nadia Gattas is a Danish vocalist and songwriter that quickly made waves on an international stage. Nadia’s Discography identifies her as one of Denmark’s most successful artists. It includes a ‘Top 20 on Billboard Dance Chart’ and multinational chart positions. Nadia was showcased on several major labels including Sony and EMI.