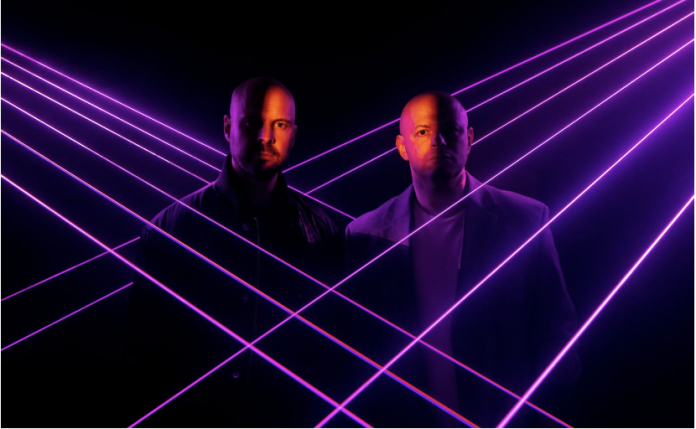 JODA is Jono Grant and Darren Tate’s fresh new musical pairing with shared DNA. The two have much history together both together and apart. They’ve done everything and now have the vintage synth gear to celebrate. Both have tenured musical careers that span a lot of success so it’s no wonder they decided to team up for something new.

As you know, Grant is 1/3 of Above & Beyond with an established name as one of the biggest electronic groups in the world. Their repertoire includes eight studio albums, 17 compilation albums, a film score, almost 100 singles, and the Anjunabeats label. Tate is a classically trained musician, songwriter, producer, and hitmaker. In addition, he’s appeared on the Anjuna label with many collaborations and under the alias Jurgen Vries and DT8 Project.

Now, the pair synced up in 2003 on tracks ‘Let The Light Shine In’ and ‘Nocturnal Creatures’. Their chemistry is undeniable but touring took them away from each other. Tate returned to Anjuna in 2019 around the same time A&B accepted the environmental documentary ‘The Last Glaciers’ score project. Thus, Jono and Darren composed that together and they created JODA. They worked in Tate’s studio in suburban north London during the early days of the pandemic.

“Darren had the idea of using the ARP Odyssey for the bass sound and it sounds very retro. We were listening to stuff like the Drive soundtrack by Kavinsky. So the tempo of the track actually comes from that style of music. We wouldn’t have ended up at 110 BPM if it wasn’t for listening to that kind of music.”

To debut their project, they released a track out now on Anjunabeats titled ‘We Find Ourselves’. Listen below and stay tuned for more on JODA.

JODA – We Find Ourselves | Buy/Stream