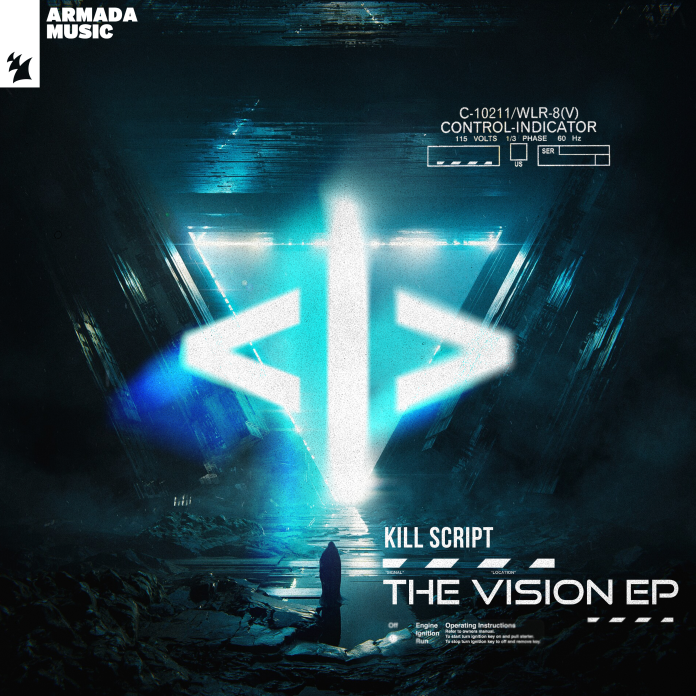 Rising industrial and techno artist KILL SCRIPT has released another banger via Armada music. THE VISION EP bolsters the DJ’s mission to capture the most aggressive beats and tones of techno. This time, the EP is scattered with touches of science fiction movie soundtracks throughout.

Whether we are techno lovers or not, it won’t go unnoticed when someone does things well. KILL SCRIPT recently celebrated his first year of his industrial techno project, taking with him a series of feats and releases on international labels. Now he continues his journey into the depths of underground techno, incorporating elements of science fiction and animations with the sole purpose of giving a unique experience to his fans.

After releasing an outstanding collaboration with his long-time friend techno producer SAM WOLFE, Disruption EP, he presents us the double-track THE VISION EP bringing in more heavy hitters to his discography.

‘THE TRUTH‘ at some moments reminds us of a song from previous works, ‘Signal’ to be more exact, although we leave aside the merely industrial kicks to delve even deeper into dark techno. The bass lines and transition sounds between one rhythm and another keeps listener’s on their toes. The track invites fans on a rollercoaster ride of feels and hard-hitting techno as they traverse throughout the soundscape.

‘WE ALL FALL‘ handles a much more malevolent style with a voice sample that gets us into the darkest of the world that the producer is continually building. Unlike the previous track, where it was easier to imagine being in a warehouse event with your friends, this one can pass as the perfect soundtrack for a movie focused on the cyberpunk genre.

This latest EP from the rising Techno artist nails so many emotions. If you have been craving some great Techno music, then THE VISION EP is just the work to get you pumped up. You can listen to it below!