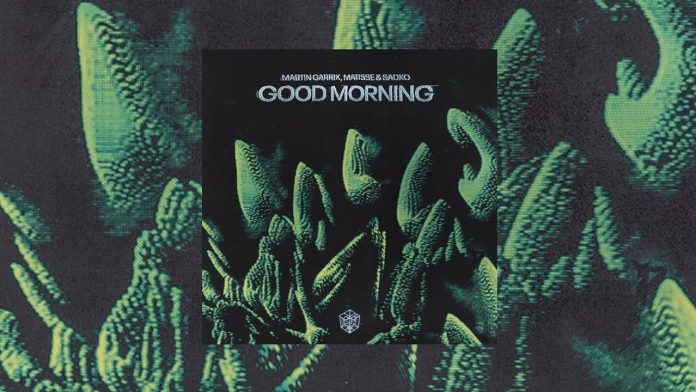 Martin Garrix surely loves to work with Matisse & Sadko – who wouldn’t ? The Dutch superstar just released a track with them for the eighth time in his young career. This time, the three friends come together for ‘Good Morning‘, a wild and energetic song that may not be what you expected from them.

For a while now, Garrix has been using ‘Good Morning’ as his intro for his performances. The most notable was of course at Ultra Music Festival, where he had the chance to showcase his most recent release and all of his new music. On the first day of the month, the producer announced that he would be releasing his first-ever club album, titled Sentio. Garrix mentioned at the time that he would release new tracks in the coming weeks on Tuesdays and Fridays until the release of the album on April 29.

The track is usually not the type that the three producers go for when they team up. Instead of being a traditional progressive house song with emotional chords, soothing vocals, and a catchy lead, ‘Good Morning’ is much more aggressive and gritty, which is awesome.

‘Good Morning’ is the fifth record to come out for the upcoming club album. It joins ‘Follow‘, ‘Limitless‘ ‘Reboot‘, and ‘Quantum‘ on the Sentio tracklist. The next one – ‘Starlight‘ with DubVision and Shaun Farrugia – is scheduled for Friday, April 15th.

‘Good Morning’ is out on STMPD RCRDS and available on all streaming platforms. You can take a listen below.