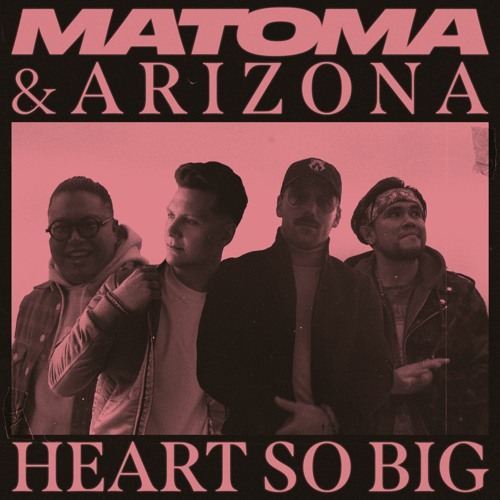 Inspirational Norwegian DJ and producer Matoma teams up once again with electronic dance-pop trio A R I Z O N A for an emotional masterpiece, “Heart So Big”. Based on A R I Z O N A’s longtime collaborator PJ Bianco’s love letter to his son with autism, this song, along with the hopes of raising autism awareness, carries a special notion in general that we should remember to cherish and protect the ones we love in our lives.

Not a stranger to fundraising campaigns, Matoma has already used his performance to raise money for Red Cross’ Ukraine Crisis Appeal, and matching donations personally. His livestream broke past records for the festival and raised $10,000.00 USD in just 45 minutes. Since making his debut in 2015, Matoma has joined the ranks of electronics’ most popular and innovative new stars, prompting Rolling Stone to declare him the “leader of tropical house’s next big wave.” His 2018 debut album, ‘One in a Million’, has accumulated over one billion streams since its release, featuring hits like ‘All Night (feat. The Vamps)’ and ‘False Alarm (feat. Becky Hill)’. With his continuous success across multiple genres, Matoma is proving time after time that he is a force in the current electronic world.

Here is their song called ‘Heart So Big’.