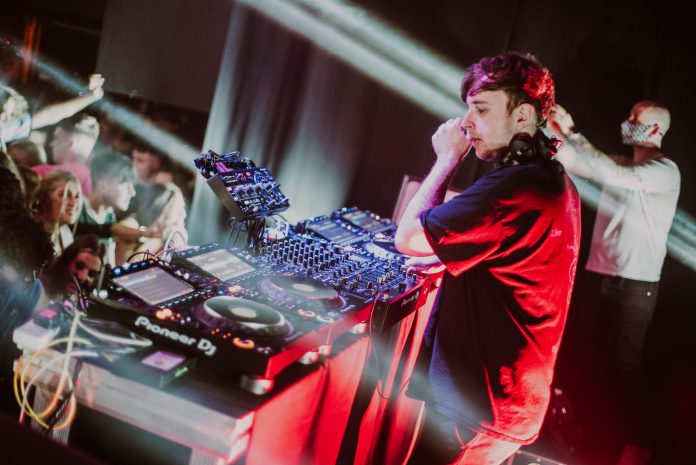 REBŪKE is bringing the sound of the underground to the radio with ERĀ Radio. It launched on April 8th on stations all around the world and through This Is Distorted. The radio show delivers something different every week, including the Rebūke Ravers Club Special. These are special shows curated with picks from many things.

“To celebrate the launch of my new brand ERĀ, I’ve decided to give my radio show a massive update. I’m going to do ERĀ Radio on a weekly basis, broadcasting on radio stations all over the globe. [Expect] to hear the same banging music including recorded live sets from my gigs around the world, studio mixes, guest mixes from our favourite DJs and producers and special shows curated from the ERĀ community. I’m buzzing to announce that we’re launching the show on radio stations in Ireland, the UK, Argentina, Spain, Germany, France, Belgium, New Zealand, Australia. [There] will be many more to come!”

He hails from Letterkenny. What’s more, is the Irish tastemaker has been establishing himself in the underground scene as a DJ and producer since 2018. This show is the next step to growing the community and expanding his sound. His techno, house, and rave records from the early 90s create an elusive and unique signature style. In addition, Adam Beyer, Carl Cox, and Pete Tong praise his work. Lastly, he garners support from the likes of The Chemical Brothers and deadmau5.

“[Excited] to enter this new chapter of radio which started with just me uploading mixes now and again. This has now become a community so I want to say a big thanks to all my listeners. [I] can’t wait for the ERĀ Radio journey to begin!”

Follow one of the most bankable names in Ireland now. Watch as he pushes his brand with an upcoming record label in the summer.