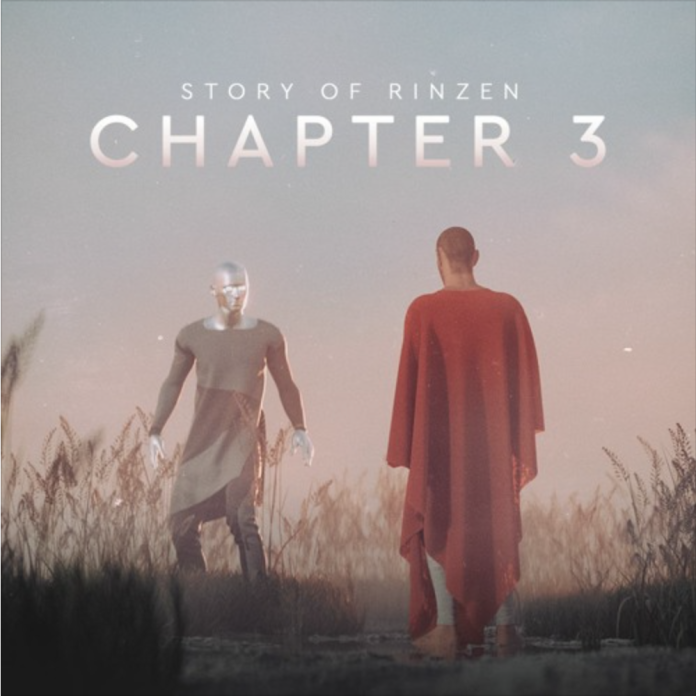 Rinzen is out with his Chapter 3 Mixtape after his successful Chapter 1 Mixtape released back in February 2020. This mix is just under two hours but chock full of tracks to keep you on your feet. The Los Angeles-based artist seeks to build entire worlds with his music; dedicated to the pursuit of wonder. His cinematic sound design is characteristic of his forward-thinking techno cuts. He started his journey back in 2017 and since then has risen in the electronic scene. Cutting things out that aren’t essential, you’re left with awe-inspiring mischief.

Firstly, the compilation is a series of samples woven together with music to create an emotional, cinematic journey from beginning the end. What you get is a new chapter and another introduction to the production prowess that he possesses. What’s more, his curated cuts include tracks from Max Cooper, Sophie Hunger, Amarone, James Harcourt, Eekkoo & Flowers & Sea Creatures, Maceo Plex, Mind Against, and more. Sven Vath, Rufus du Sol, Bonobo, and Adriatique’s remix of ‘River’ appear as well.

“I’m a true believer in the art of the mixtape. In taking the time to truly craft a story with a mix. In this case, I really did take my time to put this together (nearly 2 years). But it’s important for me not to rush these; to only release one when I feel I have the right music to say what I want to say. To create my mixtapes, not only am I sourcing music, but I am also relentlessly sampling different mediums. Everything from films, TV shows, inspirational YouTube monologues, to interviews with my favorite musicians.”

Michael Sundius is a music journalist turned techno world-building artist. Garnering support from his idol, deadmau5, he was dubbed “Hans Zimmer meets techno“. Michael is no stranger to the industry. Already serving years as senior editor to Dancing Astronaut and freelance contributor to Billboard, Sundius fell in love with electronic music and started his music career.

Check out the tracklist here and listen to the Chapter 3 Mixtape below.