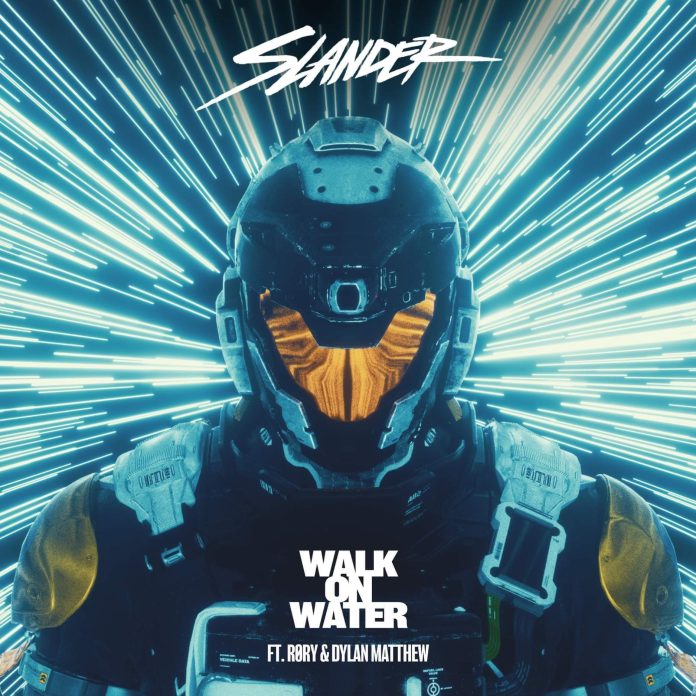 It’s finally here. After years of teasing, the long awaited single “Walk on Water” (feat. RØRY, Dylan Matthew) by American bass music DJ/producer duo SLANDER is finally out. The single was first teased in 2020 on The Eye tour just prior to the onset of the pandemic. It was played as the final song of a set with long time friend and collaborator Dylan Matthew singing live. Videos of the song made its rounds on the internet and created lots of hype and was touted by the group as “Love is Gone Part 2.” The full song was debuted this last weekend in Coachella Weekend One with Dylan Matthew joining in on a grand piano as the DJ duo, Derek Andersen and Scott Land hovered high in their signature eye stage production.

“Performing ‘Walk On Water’ at Coachella was a huge moment for us. We’ve been going to the festival since we were college students at UC Irvine and now to headline the Sahara stage for our first turn play there was just incredible. We’ve wanted to share this track as well as news of our upcoming debut studio album with our fans for a long time and couldn’t have had a better time and place to do so than from the stage of the Sahara.  RØRY and Dylan bring so much power and emotion to the song.”

The piano-driven bass track invokes the same strong emotions as other SLANDER and Dylan Matthew hits like “Love is Gone” and “First Time.” The beautiful vocal rifts, delivered by singers RØRY and Dylan Matthew, harmonize perfectly together; and the track’s downtempo melodic dubstep elements compliment the song without overwhelming or drowning out the lyrics. You can see why this song has been so highly anticipated by fans.