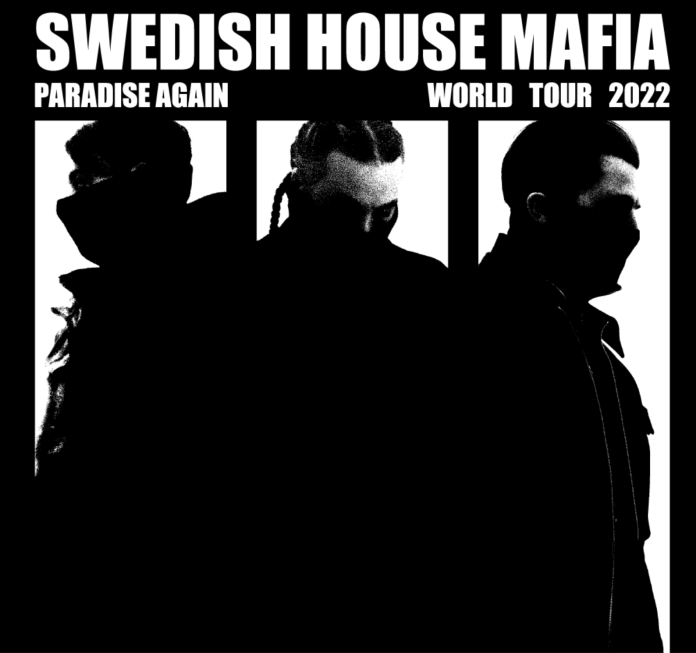 After a stunning comeback show at the first weekend of Coachella 2022 alongside The Weeknd, the electronic supergroup Swedish House Mafia announced additional 2022 North American tour dates for their Paradise Again World Tour (produced by Live Nation) as well as a star studded line up of support acts which includes Alesso, ZHU, Grimes, Vintage Culture, and Kaytranada.

The group announced an additional show Los Angeles at Banc of California Stadium, two shows in New York City at Madison Square Garden, and an additional date at San Francisco’s Chase Center. Tickets for the newly announced shows go on sale at Thursday, April 21st at 10am local time on swedishhousemafia.com.

Paradise Again, which was releasedFriday, April 15 by Republic Records, came together in the wake of the group rediscovering their musical synergy on their highly touted 2019 reunion tour. The trio spent innumerable hours in the studio over the subsequent years, exorcizing new sonic palettes, textures, and tones from an arsenal of analog synths. While the material is recognizably Swedish House Mafia, it also represents a broadening of their musical scope.