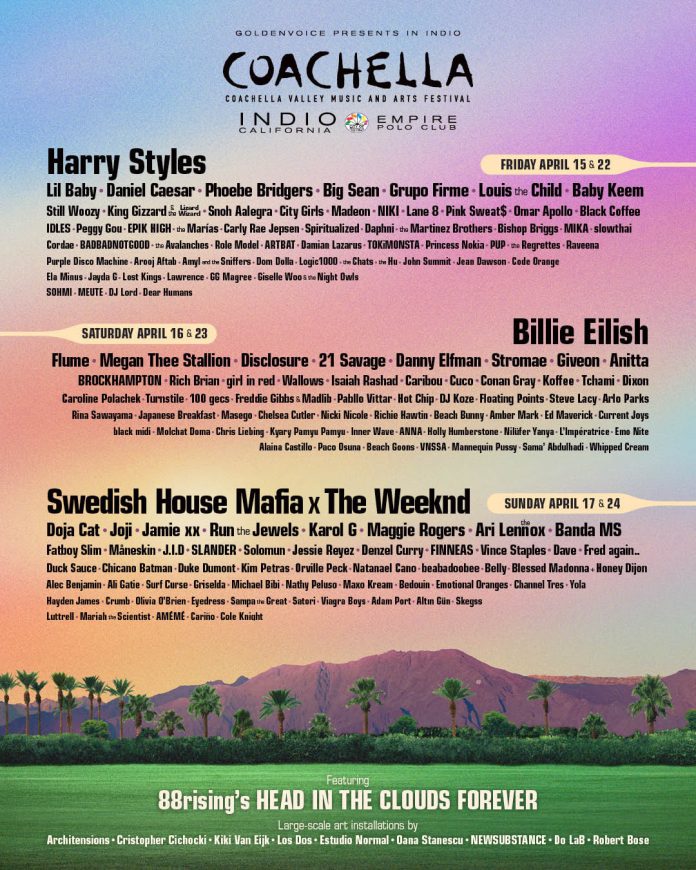 Earlier this week, Ye, formerly known as Kanye West, dropped out of the Coachella 2022 lineup, less than two weeks before the event. It’s been the talk of social media since, and many speculated who would replace the Sunday night headliner. As of today, its official – Swedish House Mafia x The Weeknd will replace Kanye. The two acts will close out the festival together both weekends on Sunday night, following fellow headliners Harry Styles on Friday and Billie Eilish on Saturday.

Both Swedish House Mafia and The Weeknd have been working closely together, aside from sharing the same manager, Wassim Slaiby. Their collaboration, ‘Moth To A Flame‘ was a hit, in addition to SHM’s production credits on ‘Sacrifice‘ and ‘How Do I Make You Love Me‘ off the Weeknd’s most recent album, Dawn FM.

“I’m so looking forward to this moment with Swedish House Mafia and The Weeknd finishing out the Sunday night slot this year. Coachella has a special relationship with Abel and I’m so thankful to have this upcoming performance with these iconic artists all on the same stage.”

Many predicted Swedish House Mafia would take Kanye’s spot on the lineup, due to their mysterious placement at the bottom of the original Coachella 2022 lineup, with no date listed. Some also predicted The Weeknd, which was even reported by media outlets throughout the week. Other names thrown around by hopeful fans included Justin Bieber, Travis Scott, and Tyler, the Creator.