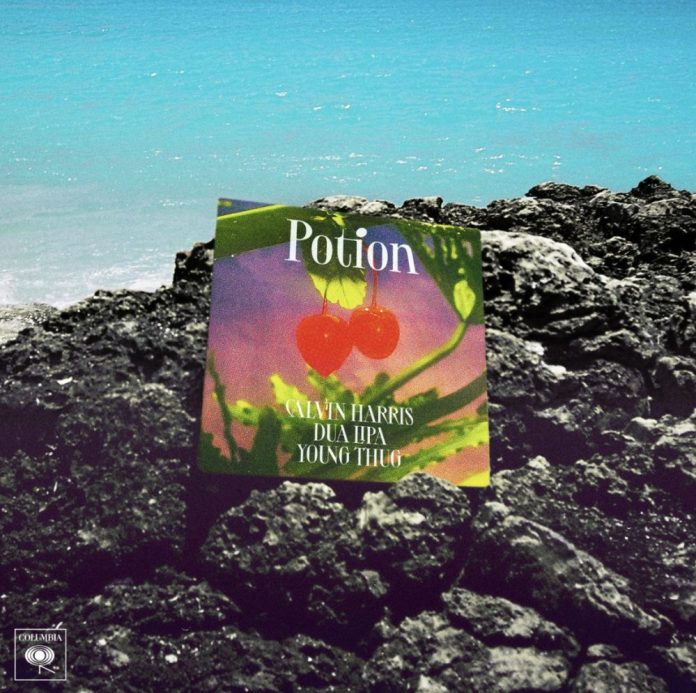 Following the very successful ‘One Kiss‘ in 2018, Calvin Harris and Dua Lipa have come together once again, this time with the help of Young Thug, on ‘Potion.’ Released just in time for summer, ‘Potion’ is a groover, combining Santana-esque guitar riffs, Lipa’s vocals, and Harris’ production prowess.

‘Potion’ is the lead single from Harris’ highly anticipated LP, Funk Wav Bounces Vol. 2, expected out this summer. This follows  Funk Wav Bounces Vol 1., which featured a string of high profile collaborators, including Frank Ocean, Katy Perry, Nick Minaj, Young Thug, Migos, and more. The album debuted at No. 2 on the Billboard 200 and spent 42 weeks on the chart.

“It’s an honor to work with Dua and Thug again. They’re both such dynamic artists who have contributed so much to today’s musical landscape.”

Check out ‘Potion’ Below!