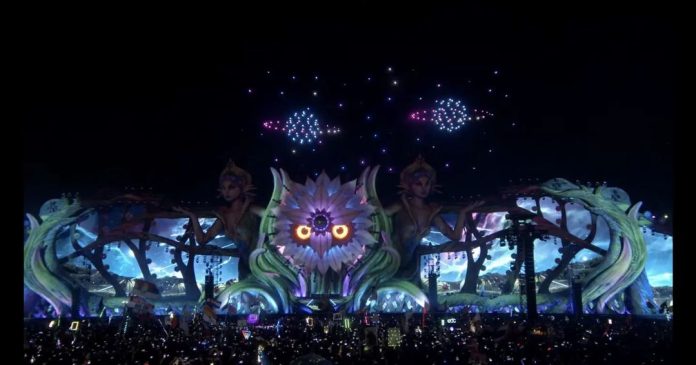 Sometime around midnight on Friday, EDC Vegas 2022 shut down the Kinetic Field stage and ordered some type of evacuation. The music was stopped and a festival alert flashed on the stage screens. Suddenly the live streams were cut and everybody was directed to evacuate the stage area.

Social media exploded with posts indicating the festival had been evacuated due to heavy winds. From videos posted, it appears that the wind is so heavy it was damaging the stage. No official word yet from EDC as of 330AM eastern time, but we expect a statement shortly.

Apparently the other stages remained operational during this time, but they had to lower the speaker stacks to avoid swaying in the wind. As a result, the sound quality was different across some of the other stages. After about an hour or so, Kinetic Field was able to restart again.