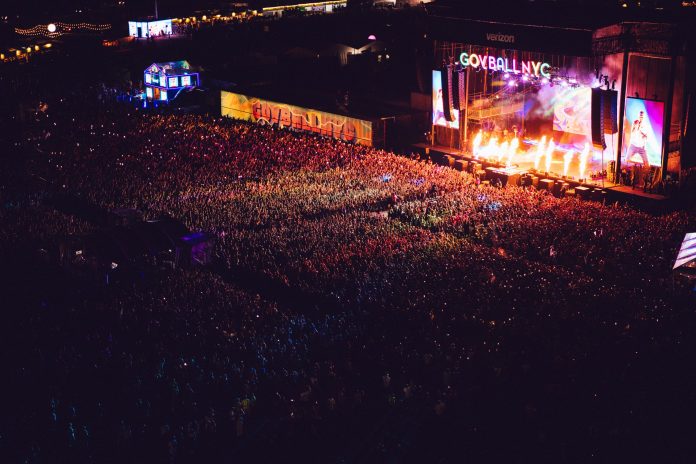 The iconic Governors Ball took place this past weekend at Citifield. This was the 11th edition of the all ages festival and took place over 3 days. It has been a long time favorite in New York as it brings a mixture of the best hip hop, rap, and electronic music acts each year. Besides the great music that can be heard throughout the weekend, the location is superb. Located at Citifield in Flushing, attendees can easily take the 7 train or even the Long Island Railroad to the venue if they do not want to park in the lot.

This was EDMTunes first time attending Gov Ball and was surprised with how organized the festival was. There was constant communication with the media organizer and it was also very smooth picking up tickets at the media line. As I walked into the festival, I noticed that the layout was rather simple and that is fine. There is no need to compare it to Coachella as Gov Ball has always been about the music and conveniency. There were still plenty of photo opportunities as I saw tons of teenagers and adults taking instagram worthy pictures across the festival. Besides finding good picture spots, every festival needs some banging food vendors! There was a good variety of food vendors besides the typical pizzas, burgers, and hotdogs that almost all festivals have. I noticed some local New York city vendors such as Milk & Cream which was cool.

Going into day 1, I knew I had to catch tik tok sensation Beabadoobee who is known for her ‘death bed (coffee for your head),’ While that is her most viral song, she still put on a good performance showcasing her vocals. In our 5 acts to catch at Gov Ball article, we had The Knocks on the list as one of them. We hope our viewers were able to catch them as they have been blowing up the past few years. The New York natives had quite a large crowd rocking away from start to finish. Their groovy live music was the perfect vibe for the Bacardi stage. We also had A$AP Ferg playing at 6:30PM who was the last minute replacement for Lil Wayne who replaced Migos due to a scheduling conflict. Hats off to the organizers behind Gov Ball who were able to get a star talent such as Ferg to play last minute. Afterwards, I headed over to Louis the Child at 8:30pm as I had to check out the EDM acts. As always, they put on a fun and energetic performance that had the crowd singing along.

The next day, I went in early enough to catch Tove Lo at 3:35pm at the govball stage. Known for her iconic vocals in a number of hit EDM tracks, it was great listening to her live. At 4:40pm, Shaq was throwing down a heavy DJ set. It’s always awesome and amusing to see such a giant man on stage headbanging, This was definitely the hardest set of the weekend with the filthy drops having everyone bopping their heads. After Roddy Rich’s set was canceled last minute due to him being detained, I headed over to see Joji serenade the crowd with his sultry vocals. Afterwards, I caught the first 20 minutes of Flume who had a very unique visual setup before finishing the night with Halsey. She put on an electrifying performance while giving off insane stage presence. She also went all out with pyrotechnics shooting off constantly.

After dreading getting up in the afternoon, it was finally the last day of the festival. Energy levels were low on this cloudy day but after seeing Becky G and Glass Animals, I was ready to party again. Becky was dancing up a storm while Glass Animals put on a dreamy performance. Their most iconic track ‘Heat Waves’ was a big mood. The grammy award winning KAYTRANADA brought out all the good vibes at 8:30pm over at the Gopuff stage. There was no better way to finish off the weekend seeing New Yorker J Cole perform. After performing his first few tracks, he went on to point out that he use to live just 2 stops away on the 7 train. Everyone can respect his hustle and hard work which brought him to where he is today. His performance was stellar as always as his lyricism is top notch and stage presence is one of the best in the rap game.