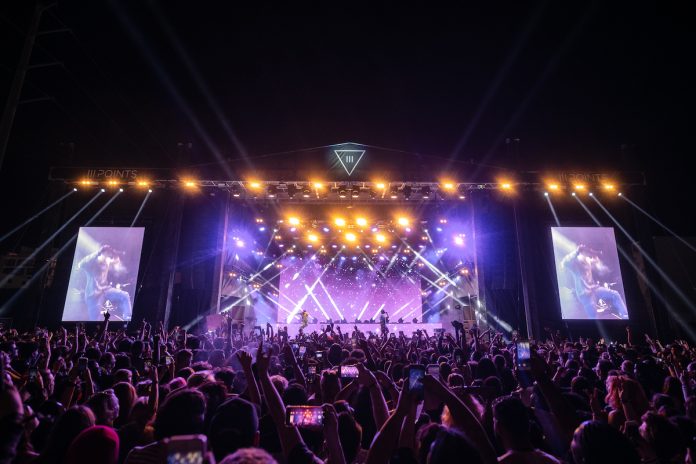 III Points has dropped a massive lineup for its 2022 festival that includes some of the most talented house and techno DJs and live performers. The headliners and supporting acts were announced on Tuesday, more than four months before the festival goes down in Miami, giving fans plenty of time to save the dates.

This will be III Points’ tenth edition and it is marking the milestone by adding two more stages. Organizers announced the expansion in March. The two new late-night dance music stages are designed “to keep the party going throughout the entire footprint of our grounds,” they said at the time. They explained that “this will help the flow of the festival so that no stage will be overpacked.” The stages now include Mind Melt, Main Frame, Isotropic, Sector 3, Boiler Room and Door IV.

“We shared amazing moments together in the last nine years,” organizers wrote in March. “As we reflect on these memories, we commit to making each year better than the last… we are listening to you.”

III Points takes place October 21 and 22 at the popular venue Mana Wynwood just north of downtown Miami. Tickets for go on sale this Friday at 1pm ET here. See the lineup poster below: