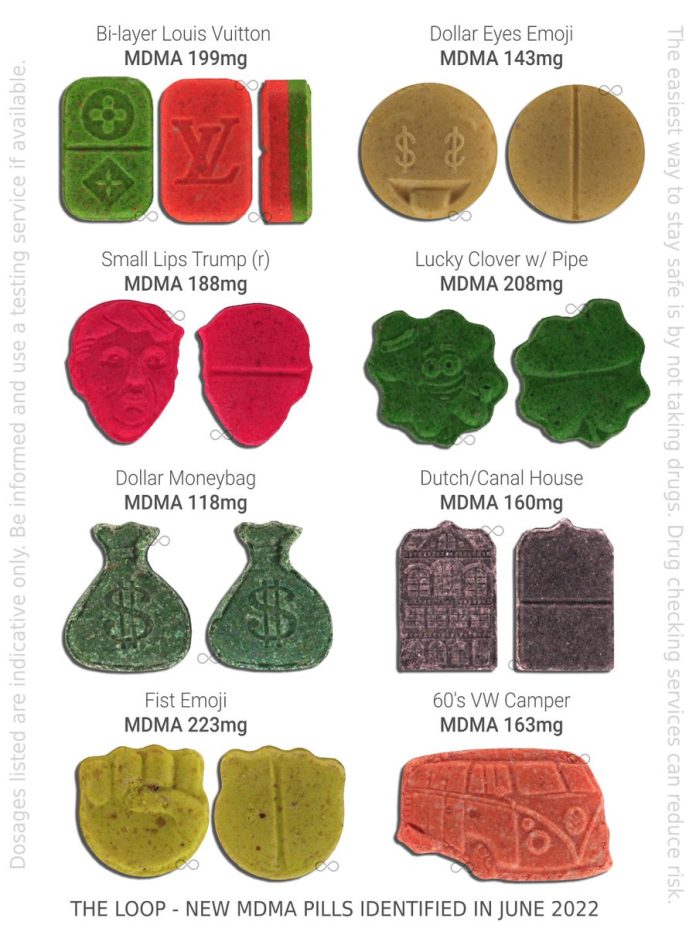 The Loop charity of the United Kingdom tested MDMA (also referred to as “Molly”) pills for average strength compared to the average adult dose. Their end results concluded that today’s average MDMA pill contains 170 mg, 1.5x stronger than the suggested intake. The testing went down at Parklife Festival which just occurred recently.

This test of different forms of the drug is performed to educate. Also, to keep concert-goers up to date on safe drug use. It is always wise to stay safe and remain drug-free but if someone is going to digest such things, The Loop would like them to know what they are getting into.

More about The Loop’s MDMA test

They also suggest starting slow and taking a quarter at a time with a hashtag. I’d assume this is to avoid large come-ups on the drug. Also, to test the waters before jumping in head first. MDMA is at the top of the list of popular party favors people all over the world have experienced. The drug, MDMA itself isn’t anywhere close to as dangerous as some of the filler drugs that pills are “cut”(Drug manufacturers supplementing other drugs into the pills reducing the amount of MDMA they have to add, sometimes not putting MDMA in it at all but still claiming and selling it as MDMA) with. These random drugs are usually the culprit putting the inducer at risk.

Surprisingly, all the MDMA pills The Loop recently tested did in fact all contain MDMA. Compared to their last results where some of the claimed-to-be MDMA pills have not contained MDMA at all. Jay Jackson, a researcher with The Loop said:

“We have seen a significant reduction from the unprecedented high level of fake MDMA in circulation last year that was caused by a mixture of Brexit and Covid. It’s back down to a level of around 11% and average pill strength and the range of doses are pretty much in line with historical average.”

The Loop is a dedicated organization that hosts testing sites at festivals. So far, they will be at 8 different festivals this summer testing unregulated drugs. They also post on Twitter frequently on safe habits for the average festival-goer and updates. Follow them to stay up to date.