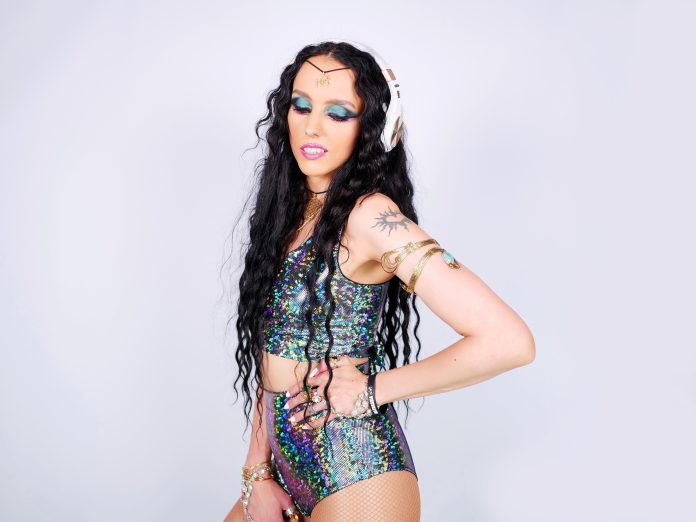 Talented DJ and music producer NATHASSIA has delighted her followers with powerful constant releases and energetic mixes on her weekly radio show ‘Goddess Is A DJ’, the show now reaches more than 31 countries worldwide, capturing the attention of millions of listeners and the number continues to grow with each episode.

We sat down with NATHASSIA to ask her about the show, how it started and what would she like to achieve in the coming future. Here’s what she said.

Hello NATHASSIA, how are things going?

All good, thank you for asking

‘Goddess Is A DJ’ has been getting a lot of attention from listeners worldwide, what was your initial idea behind the radio show?

It all began in the first stages of lockdown as I was determined to find a new way to livestream to my lovely fans all over the world. I created my very first mix and I named it Goddess Is A DJ and by the 4th mix I was asked to be a guest for Hands In The Air’s radio show. This proved to be a success and from that I began my own regular radio show for the EDM Festival Channel on DI.FM. So, what turned out to be an idea to create mixes for my fans turned into something I would never have expected.

How do you think the show has evolved from the first episodes up until now?

The first episodes were made on my ancient Pioneer CDJ’s, things moved on at a pace, so I had to quickly upgrade to a Denon Prime 4 and now, I have many millions of weekly listeners of the show. It is broadcasting to about 60 radio stations in 31 countries all over the world. The show is a constant evolving creative process with increasing production, but I love everything about it.

What have you discovered or learned from mixing for your own radio show?

I learned to quickly find the best new tracks from all outlets & platforms that inspire me whilst handling the large volume of track submissions by labels and producers, this is where every show begins. I learnt different styles of mixing depending on the feel of the show and the matching of the beats and keys. Finally, there was a lot of discovering about the creating and placement of the jingles, speech and shoutouts.

Are there any differences between mixing for a live performance and mixing for ‘Goddess Is A DJ’?

Yes, there is, for live shows I choose the tracks from my radio show that I think will most suit the crowd, the tracks tend be shorter and I often add a mashup. I also add additional instrumentation like synths or percussion and sing my own songs live.

Who would you like to invite as a guest DJ on your radio show?

It would have to be one of my hometown Dutch idols like Don Diablo.

Any favorite episodes so far?

Ooh a tough question, but probably a recent episode 064 as it was a Miami Special, and it brings back amazing memories on South Beach and Ultra music festival.

What keeps you inspired to create new mixes for each episode of ‘Goddess Is A DJ’?

Knowing I will have so many regular listeners and fans interacting it makes it very exciting to create a good radio show that people want to dance to!

How’s the process like of curating the mixes for the show? Has that changed lately?

The main difference now is that it takes longer to curate the show because I get sent so many tracks from DJs, labels & producers and I like to ensure I haven’t missed anything!

What new milestones would you like to achieve with the radio show?

I am looking forward to reaching the 100th show later this year which for me is a big landmark.

What would you like to say to the followers of ‘Goddess Is A DJ’?

A big thank you to each and every one of you for listening and being part of the show.

Listen to ‘Goddess Is A DJ’ here
https://goddessisadj.podlink.to/episodes