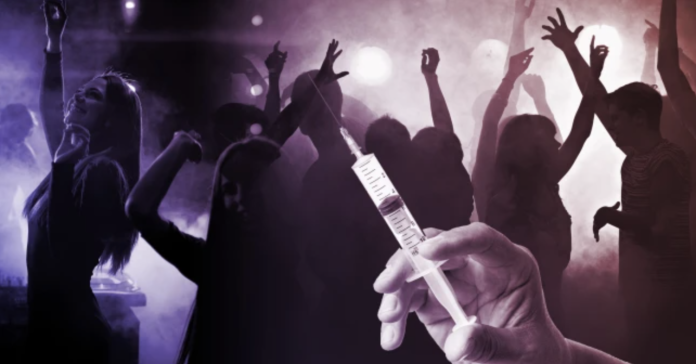 I remember the scare of needle attacks at raves–now Europe is having them at their nightclubs. The incidents now total 300 victims and authorities are unsure how to respond. Doctors and multiple prosecutors don’t know who’s behind these attacks. What substance victims have been injected with is also unknown.

France, Belgium, the Netherlands, and the United Kingdom have reported needle spiking. According to NPR, an 18-year-old attended a rap concert in Northern France and became dizzy with a headache. He spotted an unordinary skin puncture on his arm, with a bruise. He showed no symptoms but went to the doctor, and later advised to go to the ER. Medics confirmed he was punctured with a needle and tested for hepatitis and HIV. Results came back negative but the teenager gave up going to concerts after this.

Another case found was a woman who attended a nightclub in Bordeaux, France. She passed out the next day, had hot flashes, and felt dizzy while at a restaurant. She spotted an injection mark on her arm. In this vicinity, reports appeared to be mostly women. After seeing the reports, she tested herself for infections and is awaiting results.

Several police investigations are ongoing, with no suspect, no needles, and no motive found. The cities affected include Paris, Toulouse, Nantes, Nancy, Rennes, and other France cities. 302 people filed formal complaints about the needle prick attacks. Thank goodness no one has reported sexual assault. The France national agency did find two positive cases of GHB, which victims may have ingested in their drinks. Though, an official and doctor leading the investigation do not suspect the needles contained GHB.

“We didn’t find any drugs or substances or objective proof which attest to … administration of a substance with wrongful or criminal intent. What we fear the most is people contracting HIV, hepatitis or any infectious disease.”

Dr. Emmanuel Puskarczyk, head of the poison control center of the eastern French city of Nancy.

As people get injected in a festive context, anxiety fumes over social media. Awareness is spreading of needle attacks. Let’s stay safe, everyone.