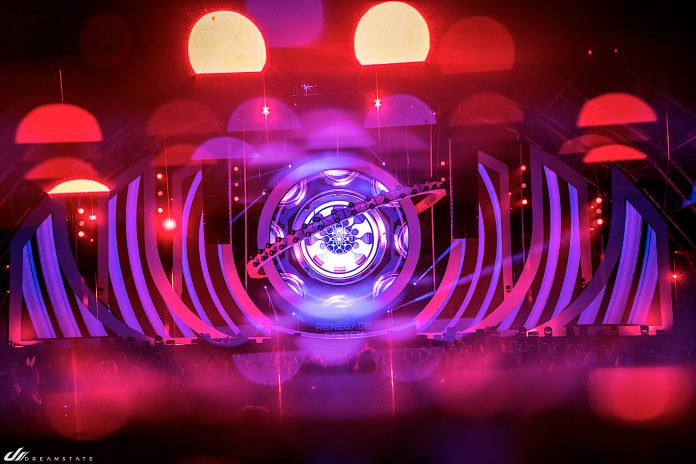 Dreamstate Harbor is a week away, taking place at the LA Harbor Berth 46. We see two days of trance mania from 3 pm to midnight on June 11th and 12th. This is Dreamstate’s debut at this location and during summer. It’s already shaping up to be a good weekend in the sun. Attendees can look forward to psytrance and all things melodic on the first day. Headliners include Infected Mushroom, Liquid Soul, Khromata, Astrix, and more. Xijaro & Pitch debuts at Dreamstate while familiar faces return like Markus Schulz, Craig Connelly, and John O’ Callaghan. The second day sees artists on the Anjunabeats label like Maori Levi, Ilan Bluestone, Matt Fax plus harder trance sounds.

Check out the top must see acts of the weekend below.

New York native residing in Switzerland, Sean Tyas, brings driving grooves and melodic harmonies. He ignites the dance floors with his sets and is not one to be missed. His skill as a studio producer and repertoire of productions and remixes make him a stalwart of the industry. What’s more, his remixes see almost every playist of any trance DJ including Armin van Buuren and Paul van Dyk. Infamous singles include ‘Lift’, ‘On Your Mind’ remix, ‘Mirella’, and more. Check out what he’s all about below.

Giuseppe is a staple to Insomniac trance events, even appearing on lineups at Beyond Wonderland. Known as one of the most talented producers and influential recording artists in trance, his sets vary from event. But you will still enjoy hard hitting beats to melodic mesmerizing feats. The Italian producer started his career at the age of four, learning the fundamentals of piano. With his deep enthusiasm for technology, it’s led him to the artist he is today.

We all know Anjunabeats cream of the crop Ilan Bluestone. His atmospheric electronics accompanied by wobbly, dub-infused synths create anthems. He is no stranger to hooking vocals and pulsating beats. His latest albums include Impulse and Scars, plus he’s released a plethora of singles and remixes. His sound varies from classic Anjuna sounding airy synths to harder hitting tracks with retro soundscapes. It’s never a dull moment when you see Ilan.

For the psytrance fans out there, Astrix is among the artists that rule the genre. A pioneer of the industry, Avi Shmailov is unique with his melodic music style. He started off playing 80s and alternative music in Tel Aviv. Then he moved onto European new-wave and electro, which grew his passion for Goa trance. Evolving that sound and combining them, he got Astrix. He’s paved his way to DJ Mag’s Top 100 list and is here to stay.

David Forbes is a staple to A State Of Trance, appearing on all the year mixes. For the hard hitting trance, come see him. His latest single ‘Density’ is just as it sounds, dense with synths. Relentless and driving, you’ll find yourselves stomping your feet and muzzing like there’s no tomorrow. He’s one of the UK’s most respected and versatile producers. Check out his releases across the scene’s most respected labels including Subliminal, Spinnin’, Reset, Liquid, Doorn, Anjunabeats, Coldharbour, and so much more.

Sander Van Doorn announced his Purple Haze moniker last October, as he explores the darker sides of trance. This side project includes releases like ‘Recover’, ‘Faces’, ‘Rosy’, ‘The Purpose’, and ‘The King’s Court’–all released last year. Listeners will go through an array of emotions listening to bass drops and captivating synths. He made the most of the pandemic working on this and now we get to see it live. He’s stated his Purple Haze tracks are often inspired by how he feels in his surroundings at the time. So, there will be no shortage of energy here. Check him out if you can!