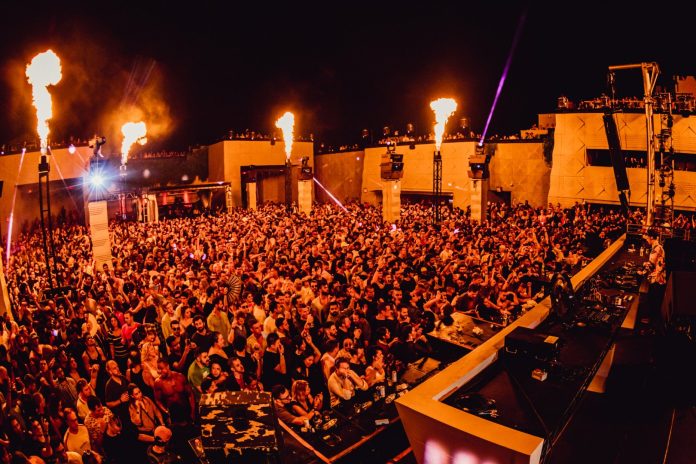 This past weekend, the legendary Tiësto made his grand debut at the Brooklyn Mirage for two b2b shows. There was no doubt that these shows would not be complete bangers.

I personally attended the Friday show and wow was it quite the incredible night. Tiësto being a household name in the industry already draws crowds from far and apart. This combined with the beast of a venue that the Brooklyn Mirage has become sets the bar extremely high. Zaxx started off the show as the opener and the NY local has been a longtime collaborator with Tiësto with tracks such as ‘Affliction’. His latest hit is ‘Skin Connection’ which we have been hearing in Tiësto’s sets all year long. Afterwards, Weiss take the stage with a vibing house set.

Before Tiesto got on at 1:00am, I went on over to Brooklyn Mirage’s food court to grab a quick bite. You can expect your typical festival food like burgers and fries but the quality is actually incredible. The food court is a game changer especially if you get hungry as you pound drinks throughout the night.

When Tiësto took the decks, the energy in the air was electrifying, as everyone was hyped for this moment. I had never seen the Mirage so packed before after being a frequent patron for years. He played out all of his best tracks from his expansive discography from old to new. ‘Adagio for Strings’ and even ‘Sandstorm’ was played, Then we have his biggest hits from most recent years such as ‘Jackie Chan’, ‘Boom’, ‘The Motto’, and ‘Dont Be Shy’. We also have his latest single ‘Hot In It. He closed off the night with ‘Savage’.

There are still tons of upcoming shows at the Mirage this summer, for tickets/info – check here.