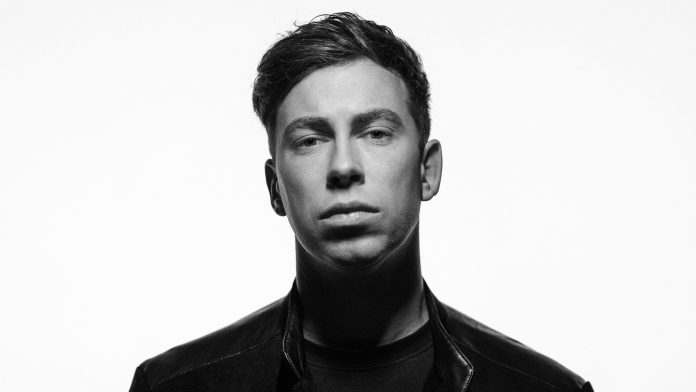 After a long hiatus from the dance music scene, Hardwell is back with a new sound, a new album, and a huge new tour. We sat down with the superstar DJ to catch up on his hiatus, his new sound, his techno credentials, and more.

1. You’re finally back after a long hiatus. What was your plan when you first started your break and how was that experience for you?

I just wanted to reconnect with my regular life. Up until the moment I decided to take a break from touring, I’d spent most of my life on the road as an artist. I needed to recalibrate my surroundings and step back to both appreciate what I’d achieved, but also figure out what the next 10 years of my life and career would look like.

2. How did you know when you were ready to return? When did that happen?

Once I felt like I’d rebalanced my life so there wasn’t just me the artist, but also me the person. Someone who just did regular things like any normal person. Not living from hotel to hotel.

Another crucial factor was I needed to be ready musically. I needed the time away to just go back into the studio and be creative without any pressure or expectations. I wanted to give fans something new, so that mean reinventing myself as an artist and not coming back with the old sound.

3. How did you end up as the surprise closer for Ultra 2022? When did those conversations begin?

First, I’ve got to say, I was never booked for earlier festivals. That rumour is simply not true.

I needed both myself and music to be ready, and that wasn’t until a few weeks before Ultra. So, when things started to look like they were reopening for good this time, it felt like the right moment to do it. Ultra has a special place in my heart and my career story, so why not reset the clock at the place where, nearly 10 years ago, much of my international story began.

4. How do you define your new musical style? Why was that the right move for Hardwell in 2022?

People can call it whatever they want, Hardwell Techno or trance or whatever. For me it’s just my Hardwell Sounds. I don’t really want to permanently label it as any one style, because next week I might take another twist in the road within the show, and give fans something different.  I’m excited to free myself up again to be creative with the music.

5. What artists/labels in the techno scene inspired your new sound?

The sound I’ve created has a lot of elements of genres from genre to tech-trance, any many others, because I went back and dig deep into all the music that got me into dance music. I wouldn’t say any one techno Dj inspired my new sound. Instead it was just a culmination of all this music I used to listen to.

6. Would you ever want to perform at a techno event or on a techno stage? How would it be different from your normal performances?

Yeah, I’d love to do it, but only for something fun, not a complete shift in career, because I don’t view this new sound as me morphing into becoming a techno DJ or aligning with the underground scene. I’ve still got my big room roots, but this is just a new chapter. So, if I was going to play a techno event, I’d probably try to bring a different vibe. Which would be the same if I was to play a hardstyle festival too.

7. What are you most excited about now that you’re back to touring and releasing music?

I missed the fans so much! Playing Ultra back in March made me realise just how much I missed them. You can connect online, but nothing beats that vibe at a show when the crowd are in tune with the show. It’s pure electric! I’m excited to be back on tour, seeing the fans again and having a chance to bring something new and different after all this time. Especially after the last couple of years we have all had with the pandemic.

8 You recently spoke with Zane Lowe about the crazy lifestyle you were wrapped up in and the impact Avicii’s death had on you. Is your approach to your music and touring now very different? How do you feel being back on the road?

Was great to catch up with Zane. As you probably heard, life was pretty crazy for me before the break. Realising the pace at which I was living every day back then, and with what happened to Tim, I needed to step away and rebalance myself. Of course, a lot has changed, I’m more focused on my health and mind set these days. But I am super excited to be back on the road. The energy at the recent shows at Ultra Europe and Tomorrowland was incredible. I’m looking forward to returning to Ushuaia in Ibiza and Creamfields in the coming weeks, then its on to the North America leg of the tour for shows in Montreal, New York, Vancouver, and San Francisco throughout September. It’s been such a long time away and with all that’s happened in between, I’m happy and really looking forward to be back in the booth and partying with my North American fans again.