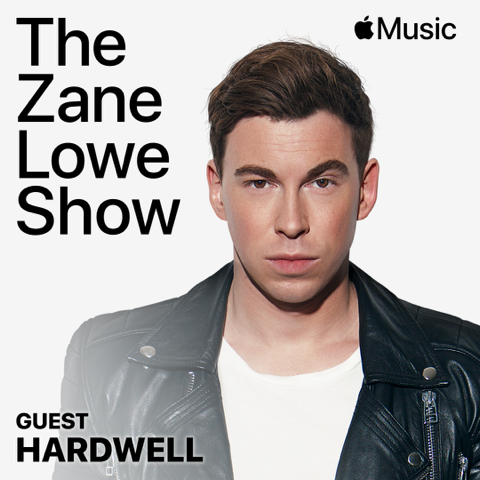 The world of HARDWELL is in full effect, and we couldn’t be happier. This past march, the dance music icon made his return to the festival circuit with a headlining set at Ultra Music Festival. Since then, he’s been on a non-stop tear, announcing a world tour, and releasing a multitude of tracks. While it can be easily seen that he is remaining more than active, he hasn’t done much press, or given many interviews. Today, that changes, as Hardwell recently sat down with Zane Lowe on Apple Music 1 to speak about his return, the future of EDM, and much more. If you’re a fan of HARDWELL, this is an interview that you do not want to miss!

Over the course of a nearly thirty-two minute video interview, HARDWELL and Zane Lowe get the chance to talk about a wide range of topics. They speak on everything from HARDWELL’s iconic UMF 2013 set, to his farewell 2018 Tomorrowland set, his return at Ultra ’21, and everything in between. They speak on his time away, how Tiësto paved the way for him, as well how he believes Avicii was the best electronic musician he has ever met. Over the course of of the interview, they also speak on his past routine, his disdain for ‘formulaic‘ sets/ songs, and his need to grow, and evolve.

As a die-hard HARDWELL fan, I found this interview to be insightful. Below, i’ve linked some of my favorite moments from a transcript of said video. If you’re interested, i’ve linked the entire interview below, for your viewing pleasure. Enjoy!

Hardwell On His Need To Evolve:

“I really felt even for dance music it was time for a change. Even for me as an artist I think if you are a true fan, you will appreciate that I’m developing my sound and trying something new. I’m not saying this is better or my old stuff is better. Nothing is better, it’s different, but it’s great for an artist. I think you should appreciate it as a fan, an artist that he’s trying to develop new stuff, trying new styles, try to combine new stuff. Same goes with Swedish House Mafia, they did something totally new, refreshing, but same goes for them, people expect a new Don’t You Worry Child, that’s what they expect. They expect a new One or Save the World. And same goes for me, they expect the new Bigroom song or the same formula that I hated at that moment when I took the sabbatical.”

Hardwell On The Challenges of Launching a Career At Such a Young Age:

“I was 14 when I even started playing the clubs in Holland already, and headlining festivals, and that’s always a story that comes back in every interview, but I had to take my parents with me because I wasn’t even allowed to enter the under 18. So yeah, I was really, really young. And that really felt, when I took that sabbatical, I really took the time to grow as Robert, as a person, not as the artist anymore. Because I invested basically 90% of my time on this planet in the artist, in becoming a bigger and better version of myself as an artist and never as a person. I don’t regret being that young because I kind of had the right guidance from my parents. It’s really important to have a solid base, a personal, like a family, and nine out of 10 times, those people are your parents. But it’s really important to have a solid base before you go into like a breakthrough like that. Because at some point you will get like lost in this world. It is a maze, if you walk in this world.”

“One of the best sets I’ve ever DJed was the Ultra 2013 set. That set felt so into place, that skyrocket my career. I always say that one set only made me the number one DJ in the world. That was such a statement, that set, and I never realized that when I climbed the stage. I wasn’t even ready to make a statement like that.”

Hardwell On How Tiësto Paved The Way For Him:

“I think what really helped is Tiësto. He’s born and raised in the same super small city in the south of Holland, where I’m from, and he was always in the news. When he became the number one DJ in the world and he did his first concert. And since he was from the same city, it’s like, “Yo, if he can do it, I can. I’d have a chance.” He’s also a guy from Breda. He’s not from Amsterdam. He’s also from the same small city. And I just started working on my production skills, and that was different. People don’t even understand a lot of DJs that don’t produce their own music, which is fine. But I was always working on my more production side. And after that, I became a DJ. Creating music is always, for me, kind of the number one, because then you can create something that doesn’t exist. And that’s always the best feeling, and that’s … The even better feeling than that is creating something and then playing it out for yourself.”

Hardwell On How Avicii Was The Best Electronic Musician He’s Ever Met:

“For me, the death of him was definitely the trigger for me to, well, pull the trigger myself, and be like, “Yo, I’m taking a break. That’s it. I’m losing one of my friends now,” and worst feeling in the world. Yeah. There is no way. There is no solution in between. There is no way you can still tour. He was the best musician, electronic musician I’ve ever met. He still is till this day. You’re never going to convince me there’s someone better in making melodies and chords, and writing such catchy hooks. He knew exactly what he wanted, songwriting, the way the singer should sing, the way he wrote his melodies, his signature in every song, still being super diverse. He could make a super rolling electro song with Lenny Kravitz, wake me up with a country hook in it. It’s unbelievable. Even as a person, he was such a nice guy, such a humble person. Yeah. I’m really glad we did so many shows together, and yeah, that we became friends over the years. I learned a lot from him, especially his musical talent. t was truly unseen in dance music.”