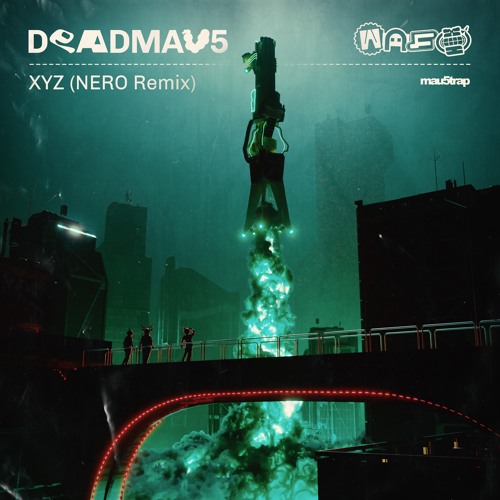 Deadmau5‘s recent single ‘XYZ‘ got a Nero upgrade to it. Capturing the progressive essence of the original, the trio put their striking electro flair to it. ‘XYZ’ is the lead single on We Are Friends Vol. 11, due to release later this year. With a decade under its belt, the music compilation continues to drop new singles from key and rising players of the label. We are excited to see Nero back and supporting deadmau5 on the We Are Friends US national tour. Shows are already selling out so don’t miss your chance to see them along with Blackgummy, Eddie, No Mana, and more.

Opening slowly and ominously, you wonder what sound will come out of this. Next, the melody introduces and builds accompanied by the bassline in the background. It picks up the pace, and the drop hits. Characterized by fast-tracking synths and driving drum patterns, the instrumentals are powerful. They take this to a five-minute edit with ethereal elements and a nighttime drive feel that bathes you in a Cyberpunk future. This remix kicks up the original by a few notches and is played by Don Diablo, Oliver Heldens, JES, and Vantiz on their radio shows. A great opening track to a live set.

NERO is a three-piece band from London with producers Daniel Stephens, Joseph Ray, and vocalist Alana Watson. Their number one debut album Welcome Reality went platinum in 2011, alongside ‘Promises‘. We loved Between II Worlds released in 2015. NERO also worked with Baz Luhrmann on the The Great Gatsby soundtrack among other artists. They emerged from silence in December (2018) with ‘Lullaby’. Now, listen to Nero’s remix of ‘XYZ’.