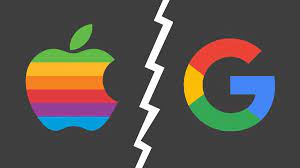 Google called out Apple recently for relegating android texts to green bubbles, and downgrading the resolution of videos and images. These inefficiencies exist solely to make Apple feel like a superior product and create a classist in-crowd. This has had repercussive effects leading to bullying in high school, relationships ending due to text message colors, and a bunch of Droid users scratching their hands at how very brain-washed iPhone users appear to be.

Google is calling Apple to adopt RCS (Rich Communication Services), which is the new standard for converting media between devices and across carriers and long ago replaced SMS – which Apple uses when texting with Android phones. RCS includes all of the features of iMessage, but it only works when both sending and receiver are using the protocol.

Apple recently conceded that it will switch its AirPods and iPhones to USB-C much to the pleasure of its users. USB-C allows for faster charging, quicker data transfer and universal ease when in need of a charge in a pinch.

A switch to RCS would similarly make the world a more unified space, and these artificial barriers created by Apple can finally come down. Here’s hoping Apple figures it out… or at least, their users do.