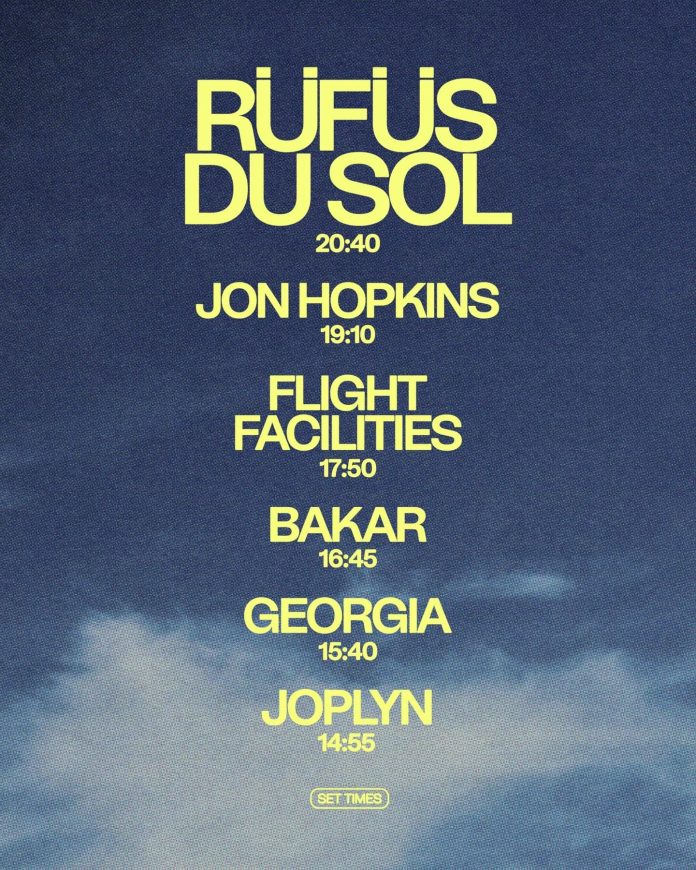 Thousands flocked from across the UK to Gunnersbury Park, London, to see the Australian electronic band Rüfüs Du Sol on their Surrender Tour. This was their only UK show for 2022.

With what seemed a huge Australian and South African following, the 3 piece band brought with them not only the amazing weather but an amazing roster of openers, setting the atmosphere for their exclusive live show. Hosting up-and-coming performers such as Jon Hopkins, with an incredible performance after that of Bakar, Georgia, Flight Facilities and JOPLYN.

The liveshow steadily opened with a blast from the past ‘Valley of the Yuccas’ before dropping the crowd into ‘Eyes’, transporting us all back to one of their original and most popular live sets ever held in Joshua Tree, California.

The lights and visuals complemented their very signature style found throughout their music videos, colouring the sky as the sun set late over London city during summer. The Surrender Tour celebrates their new album featuring remixes of versions from their most popular hits from names like Anyma, Innellea, Solomun and Vintage Culture.  They even gifted us with a special edit of ‘Next To Me’ which had the crowd connected and emotionally moved. Leaving us just as they opened with ‘Eyes’, the boys closed out with an emotional roller coaster and dramatic ending craving more.

Rufus did not disappoint, living up to every expectation and leaving no stone unturned. This electronic live set left the crowd in pure euphoria.