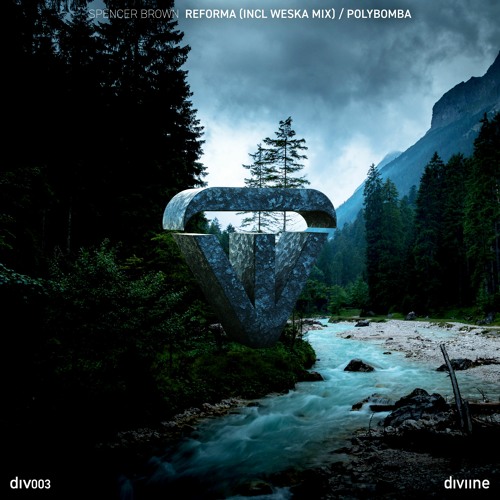 The prominent DJ and producer Spencer Brown continues his string of impressive releases with ‘Reforma / Polybomba‘, double-single. This work is Available now on his own imprint, Diviine

Following some outstanding singles via Spencer’s Brown Label Diviine, this double single arrives with the best of progressive and ambient sounds the producer can offer. Brown unveils a darker techno side of his sound with an eclectic single that shows a discography across the deep house, progressive house, techno, and more.

“The third release on diviine showcases my darker side. ‘Reforma’ is a groove tool that has been exploding in my sets. It was first debuted in Chicago, and the crowd reaction blew me away. The main sample along with the drum fill are both me playing the drums! ‘Polybomba is a progressive indie-dance leaning stomper. I opened my massive diviine inspirations show in San Francisco with this track, and it’s been a highly requested ID since then. Both tracks fit perfectly on diviine as “chill bangers” with creative freedom.”

‘Reforma’ initiates with a techno groove that permeates the entire sonic field. Its minimalistic atmosphere also highlights the sporadic interjections, creating an ominous tone. Furthermore, this comes with a Weska remix, that potentiates the dark and techno vibe of the original one.

While ‘Polybomba’ skews more towards the progressive indie-dance side of the house music spectrum and delivers on an ID, Spencer’s fans have coveted for quite some time. A who’s who of the electronic music elite have been supporting spencer’s music in their sets, including Adam Beyer, John Digweed, Sven Vath, Richie Hawtin, and Ida Engberg, to name a few.

“I’ve always looked up to Spencer as an artist, a DJ, and as a genuinely cool dude, so I was stoked when he asked me to give Reforma a spin. The original track is pretty percussive with a few melodic elements and a vocal sample, so I had a lot of creative freedom when writing it. The result is a deep, chugging, and slightly progressive groover that I hope you all will love to play“

You can listen to Spencer Brown- ‘Reforma/Polybomba’ below!