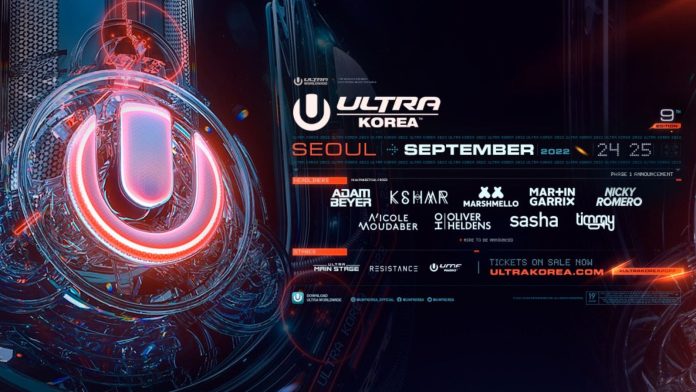 The international takeover of ULTRA continues as the global event recently announced its return to Korea, on September 24 & 25. At this moment, they shared Phase 1 of their massive line-up with headlining mainstage performances from KSHMR, Marshmello, Martin Garrix, Nicky Romero, Oliver Heldens, and Timmy Trumpet. This is the first edition of the festival in this country since 2019.

Three-time consecutive winner of DJ Mag’s Top 100 rankings, Martin Garrix will offer his first ULTRA Korea performance since 2016 in what promises to be a cutting-edge display of high-energy beats. Dharma Worldwide boss KSHMR, who made his ULTRA Korea debut in 2017, will showcase a genre-bending DJ set, while Dutch progressive house maestro Nicky Romero will return to ULTRA Korea for the third time.

ULTRA also has good news about its underground concept Resistance, which will host a stage headlined by Adam Beyer, Nicole Moudaber, and Sasha. More to be announced. ULTRA Korea is part of the franchise expansion back in 2012 along with ULTRA Buenos Aires, making both of them the longest-running Ultra Worldwide events outside of Miami. Tickets are available here.