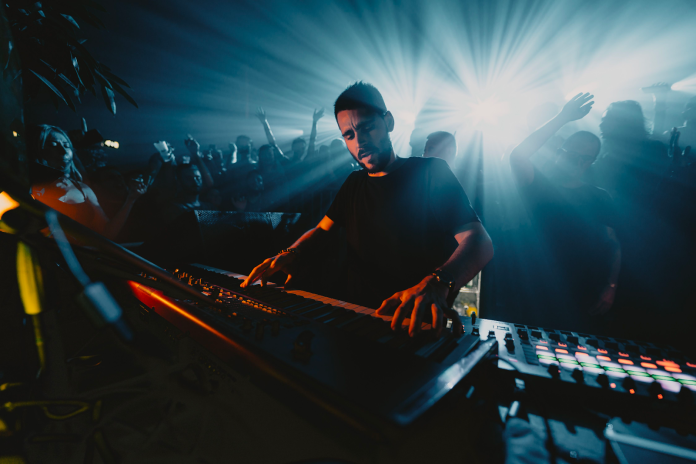 The story behind Pipeline is both fascinating and urgent. Worakls was approached by French environmental activist Camille Etienne with the idea to create a song based on a protest of TotatEnergies, one of the largest gas suppliers in France. A few weeks earlier, on the square in front of TotalEnergies headquarters, the activists expressed themselves through dance and words. A non-violent action to demonstrate their opposition to the EACOP pipeline project between Tanzania and Uganda. This is where this single “Pipeline” was born.

With ‘Pipeline,’ Worakls offers us a dramatic but optimistic track. Correlated with the

ecological emergency, we feel this committed fight and at the same time full of hope.

At home or on a dancefloor, the track transports to a magical and digital world. One of the

worlds of the Worakls galaxy.

Worakls, famous for his countless electro-melodic releases and his vibrant live shows, is in the midst of his latest live tour of North America with remaining dates scheduled for Toronto, Oakland, Boston, and Elements Festival in Long Pond, Pennsylvania.

A composer above all, Worakls writes with the orchestra in mind and presents his music only in a live context, not as a DJ set. At the close of the US tour, Worakls will be presenting the new version of his project “Worakls Orchestra”. No less than 16 cities will host this tour, which will start in Lyon on September 23 and will end in Munich on December 11, 2022, after having crossed Europe. Have a look at Worakls 2019 Cercle performance for a good example of what the orchestral performance looks like.

Elsewhere, Worakls single ‘Salzburg’ was recently certified gold at CNM 2021 Export, while the single ‘Adagio for Square’ is included on the soundtrack for the Netflix TV Show ‘XOXO.’ Check out Worakls music releases here.