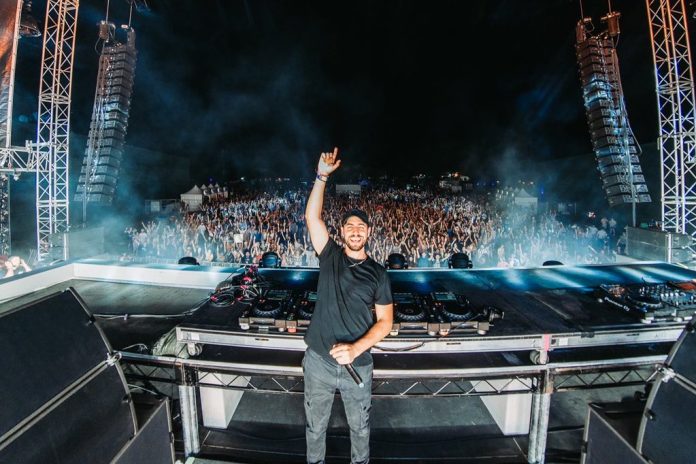 Released on August 5th, Jason Ross’s 10-track Atlas album is a journey through Jason’s signature melodic sound and features collaborations with the likes of HOLT, David Frank, MitiS, Dia Frampton, Runn, HALIENE, Chandler Leighton, Grant, and Your Friend Polly. The name of the record is eponymous with Jason’s long standing Atlas sub-brand and concept – an idea of connectedness and common ground across genres (Jason is of course known for bridging the gap between the trance leaning Anjunabeats label and the bass heavy Ophelia Records – two labels he calls home), and across fans.

Recently, Jason Ross played at New York City’s Electric Zoo and was able to sit down for a few minutes to chat with EDMTunes on his album, the huge tour he just kicked off, and some pre-show rituals. Check out our full interview with Jason Ross below now!

How are you keeping yourself occupied while on tour?

Well, sleeping while I can. I go home during the week so I am not always on the road. So basically I just get work done!

You recently released your sophomore album Atlas! Exciting! Wow would you describe the differences in the process between this and 1000 Faces.

I had a real strong focus on songwriting for this. I wanted to make songs that people can connect to, not just from the music, but from vocals and the lyrics and the entire delivery of the songs. I had a chance to really dive into for this album. I got to be in the studio when we were writing the songs with the vocalist and the songwriters so it means more to me. I get to share the entire experience with them.

Any tips for any people just starting out? I’m actually just learning how to produce myself and your sound is so unique and inspiring.

Find what you like to make! And stay true to yourself. Make the music because you want to make it not because it’s popular or trendy. Even if that’s very niche music, if you like it and are passionate about it, people are also gonna like what you make.

Not really. Preparing for the show beforehand at home and feeling confident that you’ve put in the work. And then, because you’re prepared, you can like have a drink before and loosen up a little bit, you know?

Any preference in drinks?

I like a good margarita, especially with fresh ingredients.

One more! If you could pick up any skill right now besides something music related, like what would it be?

That’s all we have time for, but check out Jason Ross’s Tour Dates and ticket information HERE!