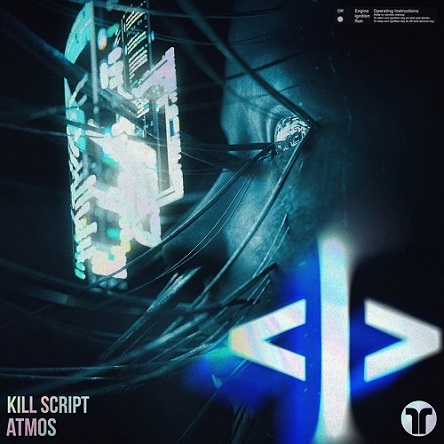 KILL SCRIPT continues to deliver impeccable quality tracks as far as techno is concerned. ‘ATMOS‘, the second single from their upcoming EP GALACTIC, is here, and it offers a rugged and solid techno hit ideal for inducing a heavy atmosphere that fans enjoy. Available via Thrive Music.

The emerging American DJ and producer, KILL SCRIPT, is having a successful 2022 with tons of hit releases such as his collaborative single with Sam Wolfe titled ‘DISRUPTION’. He now reaches a higher level with the second part of his first release through the prestigious label Thrive Music. This single rescues the aggressive techno roots of his earlier years as a producer, along with electro and cyber touches.

The track offers us a cinematic and futuristic journey where the battlefield presumes to be very large and full of uncertainty in the good sense of the word. This is expressed at first with build-ups typical of space science fiction movies to give way to the complex development of carefully placed kicks and beats, announcing with a delicate, but firm ‘Take Me’.

The producer from the beginning of time had a clear and identifiable goal with many people: to combine science fiction with vast soundscapes and thumping techno beats that are having an increasingly strong impact on the electronic music scene. This EP is the confirmation of this, it offers an escape from reality while at the same time capturing a curious point of view of the reality we live in. The resurgence of techno is growing by leaps and bounds, and it is wonderful to see how young talent is contributing to this aspect in a disruptive way.

You can listen to KILL SCRIPT- ‘ATMOS’ below!