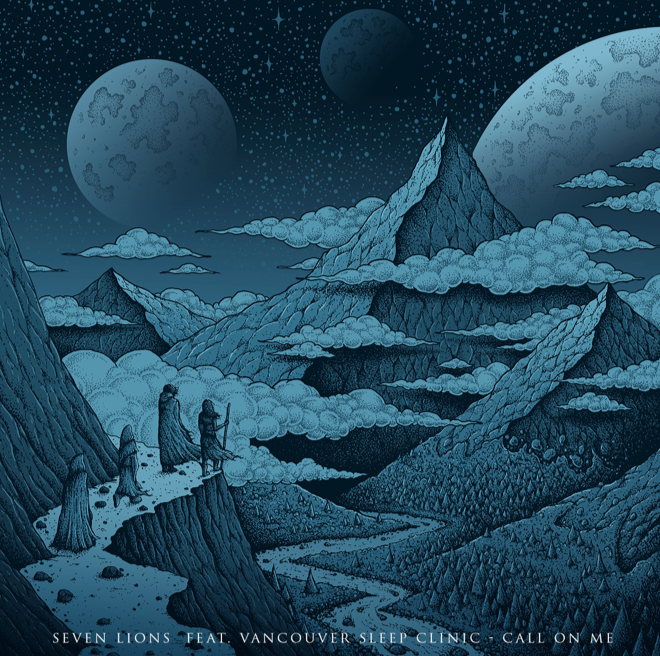 Earlier this month, Seven Lions revealed the upcoming release of his debut studio album, Beyond The Veil. The full length LP is set for release on Seven Lions’ own Ophelia Records imprint on October 21.

Today the producer has released the second single from his album, ‘Call On Me.’ Featuring big spectrum-filling chords and tender lyrics and vocals by Australian singer/songwriter Vancouver Sleep Clinic, ‘Call On Me’ sweeps listeners away. Seven Lions merges a more indie and folk sensibility with his intricate and atmospheric melodic dance production for some of his most thoughtful solo production in years.

‘Call On Me’ follows ‘Every Time‘ feat. So Below as the second single off Beyond The Veil. Fans patiently awaiting the release can catch Seven Lions on one of his upcoming tour stops in the meantime.